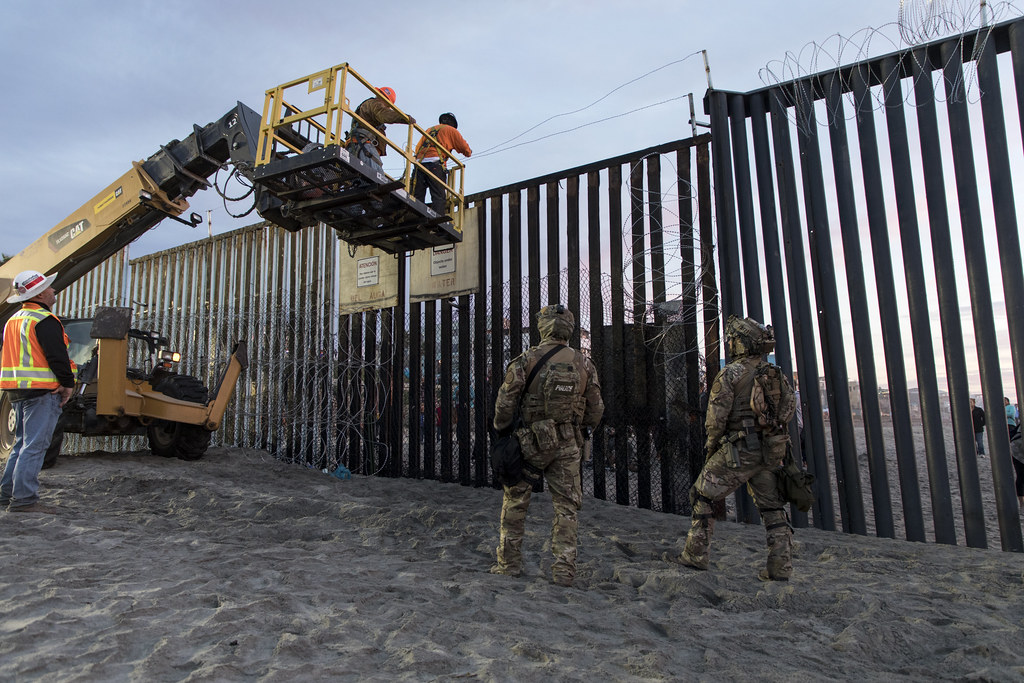 Wall construction using the funds, which the administration announced it would divert under counterdrug authorities, was set to begin as soon as Monday.

The ruling comes in a lawsuit brought by the American Civil Liberties Union on behalf of the Sierra Club and the Southern Border Communities Coalition (SBCC) challenging the president’s abuse of emergency powers.

“We welcome the court’s decision to block Trump’s attempts to sidestep Congress to build deadly walls that would hurt communities living at the border, endanger wildlife, and have damaging impacts on the environment,” said Andrea Guerrero, a member of SBCC‘s steering committee. “Doubling down on the myopic enforcement-only policies of the past has failed our country for decades and border communities will continue to push back at any attempt to further militarize our region.”

Dror Ladin, staff attorney with the ACLU’s National Security Project, who argued the case, said: “Congress was clear in denying funds for Trump’s xenophobic obsession with a wasteful, harmful wall. This decision upholds the basic principle that the president has no power to spend taxpayer money without Congress’ approval. We will continue to defend this core principle of our democracy, which the courts have recognized for centuries.”

On February 15, 2019, President Trump declared a national emergency so he could illegally divert $6.7 billion for the border wall project. The declaration came after the president put the country through the longest government shutdown in U.S. history over Congress’s refusal to fund his border wall. It also came after Congress allocated a small portion of the money that Trump demanded and imposed restrictions on where and how quickly any border barriers could be built.

While declaring the national emergency, Trump stated he “didn’t need to do this” but he’d prefer to build the wall “much faster.” He added that he declared a national emergency because he was “not happy” that Congress “skimped” on the wall by denying him the billions he demanded.

The administration identified three sources for the wall funds: $3.6 billion to come from military construction projects using the president’s emergency declaration; $2.5 billion from other military accounts under counterdrug authorities; and the remaining $601 million to come from the Treasury Forfeiture Fund.

U.S. District Judge Haywood S. Gilliam today granted the ACLU’s request, on behalf of the Sierra Club and SBCC, to permanently block the Trump administration from constructing the border wall using any of the $2.5 billion diverted under counterdrug authorities. The government has not yet taken any action on the $3.6 billion in military construction projects, and that question is not yet before the court.

“We applaud the court’s decision to protect our Constitution, communities, and the environment today,” said Gloria Smith, Managing Attorney at the Sierra Club. “We've seen the damage that the ever-expanding border wall has inflicted on communities and the environment for decades. Walls divide neighborhoods, worsen dangerous flooding, destroy lands and wildlife, and waste resources that should instead be used on the infrastructure these communities truly need.”

The ACLU, Sierra Club, and SBCC’s lawsuit argues the president is usurping Congress’s appropriations power and violating the clearly defined separation of powers inscribed in the Constitution. The border wall project — if carried out as directed under the president’s emergency proclamation — would cause irreparable harm to the environment and communities living at the border.

If constructed, the wall sections would worsen flooding, destroy lands and wildlife, and waste resources along ecologically- and culturally-critical areas. These areas include the Organ Mountains-Desert Peaks National Monument, the San Bernardino and Cabeza Prieta National Wildlife Refuges, the San Pedro River, the Coronado National Memorial, and the Colorado River. The wall sections would also have divided border communities, including the Tohono O’odham Nation, Cocopah Indian Tribe, and ranches and households in Luna, Doña Ana, Pima, and Cochise counties.

The ruling is here: https://www.aclu.org/legal-document/sierra-club-v-trump-order-granting-part-and-denying-part-plaintiffs-motion-partial.