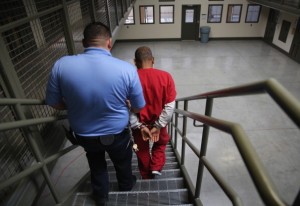 A U.S. District Court judge in Tucson has released photographs and documents that immigration activists allege will show crowding and unsanitary conditions at detention centers maintained by the U.S. Customs and Border Protection agency in its Tucson Sector along the Arizona-Mexico border.

Judge David Bury issued the order late Wednesday, defining and clarifying an earlier order about which documents and photographs can and can’t be released.

Bury had unsealed many of the documents in late June, but they have not yet been made available to the public because CBP claimed they jeopardized security at the facilities and would invade the privacy of immigrants detained there.

Read more about this issue at: http://www.azcentral.com/story/news/politics/immigration/2016/08/04/judge-david-bury-customs-border-patrol-immigration-lawsuit/88182330/