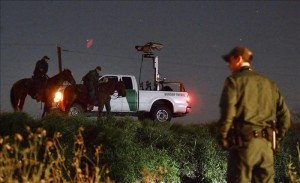 The vast expansion of the Border Patrol after the Sept. 11, 2001, terrorist attacks has made it by far the largest law-enforcement agency in the United States. U.S. Customs and Border Protection, the patrol’s parent department, has 44,000 armed officers, more than double the number its component agencies had in 2001. Such heavy demand and rapid expansion were bound to lead to a few bad hires.

What resulted was far worse: an unprofessional, even chaotic internal culture in which agents are rarely disciplined for serious wrongdoing and corruption is rampant. The Obama administration announced two years ago that it would target this culture of impunity. Yet a new report released Tuesday suggests that not only has no progress been made, the Border Patrol’s failings have made it a national security threat, with so many corrupt officers that the agency can’t be trusted to block terrorists from entering the nation.

The report — from a 10-member “integrity advisory panel” headed by New York Police Commissioner William J. Bratton and former DEA chief Karen Tandy — made 39 recommendations, with many focusing on having the Border Patrol move more quickly to review allegations of misconduct and to remove corrupt or violent officers. But it noted there had been little progress in implementing the panel’s very similar interim recommendations, made nine months ago.

That is unacceptable. Gil Kerlikowske, commissioner of U.S. Customs and Border Protection, and his boss — Homeland Security Secretary Jeh Johnson — must fix this broken agency or find other jobs themselves.