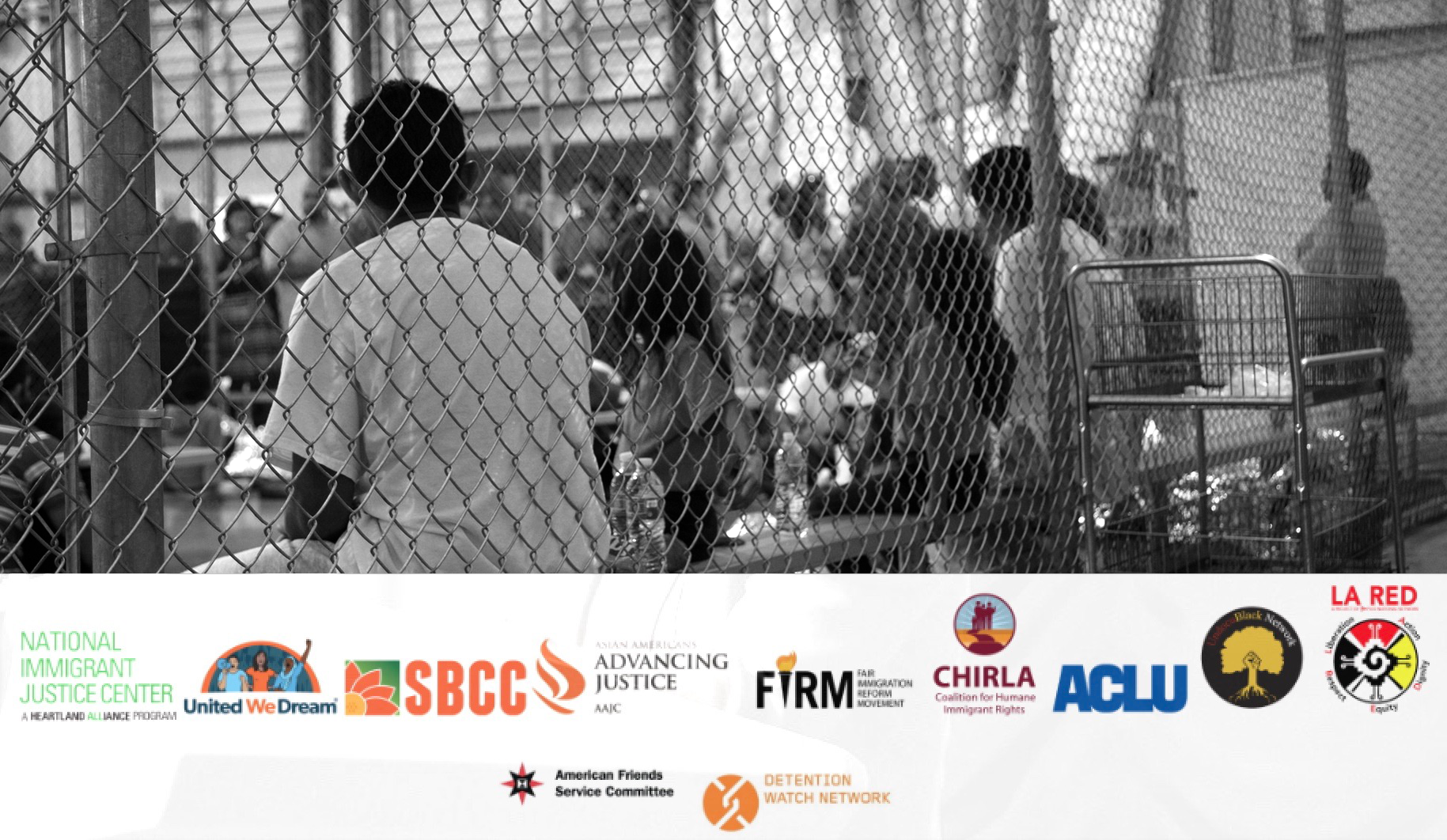 This measure includes increased funding for Immigration and Customs Enforcement (ICE) and Customs and Border Protection (CBP) to target, incarcerate, and tear families apart, and $5 billion to build 200 miles of new and harmful border walls.

“We oppose this bill and any legislation that increases, rather than decreases, funding for ICE and CBP. Any Member of Congress who is truly committed to humane treatment of immigrants must defund the agencies that bring us pain every single day.”

“Congress is throwing our tax dollars away on a harmful border wall and more jails for traumatized families. We need smart investment in the health and well-being of our communities, not more money for militarization.”

Vicki B. Gaubeca, Director of the Southern Border Communities Coalition:

“This failure in leadership by the Trump Administration will lead to the further militarization of southern border communities, which means that more families will be separated and detained. We should be defunding Trump’s deportation machine, not enabling it, and holding it accountable for its abuses. We hope that next week's markup in the full House Appropriations Committee will amend this spending bill to stop the ramping up of unnecessary and wasteful border enforcement.”

“Over 100 Members of Congress are on the record publically calling for significant cuts in funding to ICE and CBP just a few months ago — with this proposal, elected officials are not only going against their word, but also the demands of their constituents. Members of Congress must vote ‘no’ on this proposal and defund agencies that target, terrorize, incarcerate and exile immigrants.”

“Through our work with with parents separated from their children at the border, and families and communities torn apart throughout the country by detention and deportation, we have seen first hand the tragedy inflicted by ICE and CBP. For this reason, we strongly condemn this bill and any funding measure that doesn’t significantly cut funding for both of these abusive, unaccountable agencies. We hope that members of Congress will take this opportunity to reign in, not expand the militarized immigration enforcement that is causing our communities so much pain.”

“Voting to give more tax payer dollars to DHS is deliberately ignoring the pain of immigrant families. Let the record show that Members who turn a blind eye to the atrocities taking place right now will have to answer for it in November.”

“Our Texas Latina Advocacy Network members and their immigrant families have been directly impacted by anti-immigrant legislation and lived under ICE surveillance for decades due to the appropriations Congress has consistently approved. Any Member of Congress who votes to increase the number of ICE and CBP agents at the border are complicit with Trump in his family separation and indefinite family detention policies, and with the rampant abuses ICE inflicts on our communities, including death.”

“What we see now is an understanding that any further investment into DHS is blood money. There are several alternatives to detention and we see those as the next humane steps for this crisis. ICE cannot and should not be rewarded for its abhorrent behavior.”

The #DefundHate campaign, composed of organizations representing directly impacted communities, faith leaders, and civil rights and immigrant rights advocates, is committed to divestment from agencies that tear apart our families and terrorize our communities. For too long, our representatives have said they care about our communities while simultaneously funding aggressive immigration enforcement and deadly immigration jails. They must be held accountable to keep their promises and stand with the immigrant community. We call on our members of Congress to say no and vote against wasting taxpayer dollars on an abusive and deadly immigration enforcement system. We want our tax dollars used to strengthen our families and communities by investing in education, housing, nutrition and health care programs that provide opportunity and increase well-being.