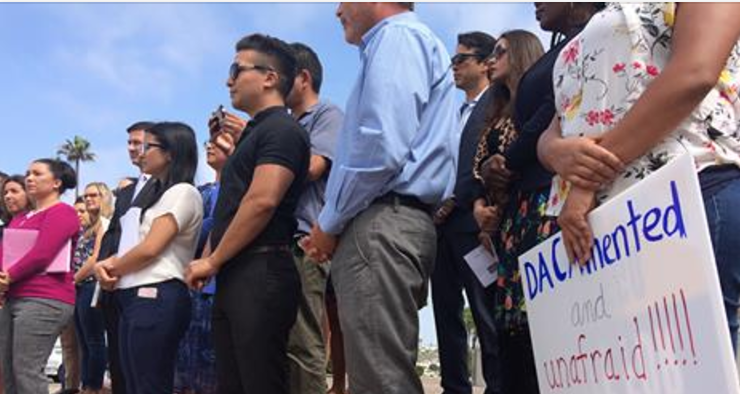 Southern Border Region -- President Trump and Democratic leaders in Congress reached a tentative agreement to protect Dreamers by further militarizing the border region and potentially undermining the safety of the very Dreamers they are trying to protect.

An estimated 1 in 5 Dreamers live in the border region and half of all Dreamers live in the four southern border states -- California, Arizona, New Mexico and Texas. To increase border security could mean exposing them to the Administration's already massive deportation machine in the region.


"Dreamers living in the border region are especially vulnerable to the massive deportation force which includes border agents roving our communities and asking people for their papers at any time and for any reason. Agents have deported kids on their way to school and their parents on their way to work. The fact is, you can't protect Border Dreamers while increasing border militarization, which puts them and their families at greater risk of coming into contact with abusive, corrupt and unaccountable agents. We need to pass a DREAM Act with no strings attached so that Dreamers can continue to contribute fully to the economic and social fabric of the United States."
About Southern Border Communities Coalition
The Southern Border Communities Coalition (SBCC) brings together organizations from San Diego, California, to Brownsville, Texas, to ensure that border enforcement policies and practices are accountable and fair, respect human dignity and human rights, and prevent the loss of life in the region.
###
Do you like this post?
Tweet