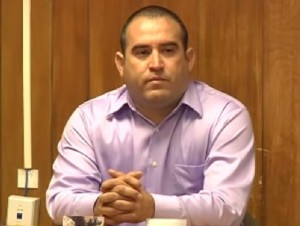 Houston — A former Customs and Border Protection officer in South Texas has won an appeal that overturns his murder conviction and 25-year prison sentence for the fatal shooting of a bar owner.

A divided Texas Court of Criminal Appeals ruled Wednesday that 37-year-old ex-agent Jose Guadalupe Elizondo is entitled to a new trial because a part of the instructions to jurors at his 2011 trial in Edinburg was improper. The court's 5-4 ruling reverses a lower appeals court decision that affirmed Elizondo's conviction.

Prosecutors said Elizondo was not on duty in August 2010 when 49-year-old Fermin Limon was fatally shot outside his club near Alton.

Investigators said Elizondo had been thrown out of the bar, retrieved his government-issued gun from his truck and shot Limon.

Elizondo testified the shooting was self-defense.