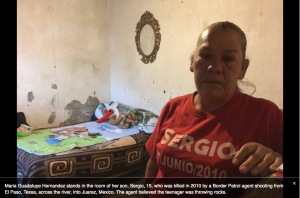 U.S. Customs and Border Protection—the nation's largest law enforcement agency—is attempting to reform itself. Washington spends $13 billion on border control and immigration enforcement, more than every other federal law enforcement force combined. Yet the huge agency—with 56,000 gun-toting agents—is dogged by complaints that too many of them will take a bribe or use excessive force and avoid consequences.

Under the leadership of Customs Commissioner Gil Kerlikowske, who was confirmed in March 2014, the agency is trying to bring about more transparency and accountability, and train its personnel to de-escalate violent encounters.