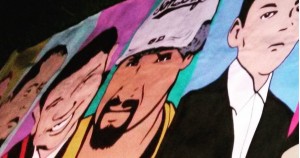 The family of a Mexican man shocked and killed by U.S. border authorities six years ago with a stun gun has a renewed hope for justice now that a review board is looking into the way authorities handled the case.

The 2010 death of 42-year-old Anastasio Hernandez-Rojas raised complaints of excessive force from the then-president of Mexico and others, and investigators with the Justice Department examined the case for evidence of a civil rights violation.

Federal officials said in 2015 their review didn't find enough evidence to support a criminal prosecution. They said they accepted the agents' contention that the force they used was reasonable and necessary to restrain Hernandez-Rojas when he was "noncompliant and physically assaultive."

Now, six years later, U.S. Customs and Border Protection (CBP)'s Use of Force Review Board (UFRB) will review the investigation into the deadly beating.

CBP officials issued a statement on the decision, saying in part:

“Commissioner Kerlikowske established the National Use of Force Review Board (NUFRB) in December 2014 as part of the many initiatives adopted by CBP to increase accountability and transparency. The NUFRB is a committee of senior executives commissioned to review all significant use of force incidents resulting in serious physical injury or death, or any incident involving the discharge of a firearm in a non-training setting. Following senior component leadership concurrence or non-concurrence with the NUFRB’s conclusions, the Commissioner makes the final determination."

Hernandez-Rojas' widow, Maria Puga, said in a statement her family has fought and waited for long for justice.

"Now, the agency charged with protecting our communities has one last chance to make the right decision and hold their agents accountable for their brutal actions," said Maria Puga, the man's widow, in the statement.

Puga said she urged the board to immediately resolve the case and hold officials responsible for the death of her husband.

"Along the way, other families have had the misfortune of losing loved ones to border agent violence, and we have joined together on this journey for justice," the statement read. "Border agents killed our loved ones in what we believe are unjustifiable circumstances. All of us have been treated indignantly, yet we continue to struggle for answers, for respect and for justice."

After the UFRB looks at the case, they can then make recommendations to the Inspector General and to Commissioner Kerlikowske for further equipment and/or training, policy changes or disciplinary action.

The 2010 altercation began as Hernandez-Rojas, who officials said had been caught coming into the U.S. illegally, was being returned to Tijuana, Mexico, through the busy San Ysidro border crossing.

The Justice Department said Hernandez-Rojas began fighting with the agents when his handcuffs were removed and struggled and kicked at them as they tried to restrain him. A CBP officer used a stun gun before the breathing of Hernandez-Rojas slowed and he became unresponsive, federal officials said.

He died a couple days later after being removed from life support.

Autopsies show that Hernandez-Rojas suffered a heart attack during the confrontation, with heart disease, electric shocks from the stun gun and methamphetamine intoxication all described as contributing factors, the Justice Department said.

When a federal grand jury began investigating in 2012, 16 members of Congress had written then-Homeland Security Secretary Janet Napolitano to say Hernandez's death "may be emblematic of broader structural problems."

It is extremely rare for U.S. border authorities to face criminal charges for deaths or injuries to migrants.