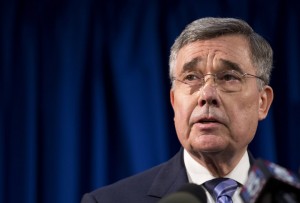 The information released by CBP reveals that the agency still has a long way to go in how it reports use of force incidents to the public and how it holds agents accountable for their actions.

HSAC and Police Executive Research Forum (PERF) concluded that CBP lacks accountability and oversight and have offered clear recommendations to address this culture of impunity. With commitments from Commissioner Kerlikowske to reform the agency, today's findings are unacceptable and continue to demonstrate a lack of leadership and will to commit to accountability

"While we applaud Commissioner Kerlikowske's efforts to increase the agency's transparency by releasing these findings to the public, CBP must immediately adopt clear oversight and accountability mechanisms in order to restore public trust in the nation's largest-law enforcement agency. Today's news are too little and too late for dozens of families who continue to wait for CBP leadership to take bold and decisive action to end the culture of violence and impunity that has plagued CBP for years.

Every day CBP fails to implement accountability and oversight measures, they enable agents and officers to abuse their power, profile residents, and kill unarmed civilians in incidents that to date have been shrouded in secrecy and offend American values of equality and justice. Without decisive action to adopt common-sense policing best practices, Commissioner Kerlikowske's tenure runs the risk of ending as it began: with abuses being hidden from public view and met with impunity."

The Southern Border Communities Coalition (SBCC) brings together more than 60 organizations from San Diego, California, to Brownsville, Texas, to ensure that border enforcement policies and practices are accountable and fair, respect human dignity and human rights, and prevent the loss of life in the region.