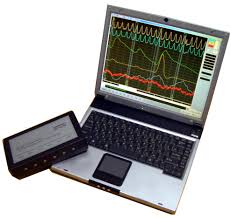 Southern Border Region -- The U.S. Senate introduced a polygraph waiver measure that would water down hiring standards for border agents and undermine public trust in law enforcement, as well as put communities at risk. The move comes as the Trump administration looks for ways to cut corners to build a massive deportation force, and while border apprehensions remain at 17-year lows.

Sen. Jeff Flake is pushing for an amendment to the National Defense Authorization Act (NDAA) to waive polygraph tests for certain applicants for Customs and Border Protection (CBP). The waiver would weaken hiring standards for CBP applicants, despite the agency's rampant history of abuse and corruption. Two-thirds of applicants fail the CBP polygraph and hundreds have admitted to serious criminal activity during the screening process. Meanwhile, other federal law enforcement agencies, including the FBI, DEA, ATF, and Secret Service, make no exceptions for polygraph testing of law-enforcement applicants.


"Weakening hiring standards for CBP, the largest law enforcement agency in the country, would jeopardize national security and public safety, and degrade the quality of life for border residents. This at a time when border apprehensions continue to go down, a slide that began and has remained fairly steady for the past 17 years. Law enforcement, whether local or federal, depends on the community's trust to provide public safety for all. How can the public trust law enforcement officers, including border agents, when their integrity is not assured? Sadly, we have been here before. The polygraph waiver measure threatens to repeat the disastrous hiring spree of the late 2000s, when CBP officers were frequently found to be corrupt - some working for international drug trafficking organizations - and prone to abuses such as excessive use of force and sexual assault. Since January 2010, more than 50 people have died in encounters with CBP personnel. Many CBP agents and officers have been implicated in excessive use of force incidents; the rate of sexual misconduct by CBP personnel is also significantly higher than other law enforcement agencies. Instead of cutting corners, Congress should do the hard work of implement policies that subject CBP to 21st century police best-practices that strengthen oversight, accountability and transparency, including equipping agents with much needed body-worn cameras."
About Southern Border Communities Coalition
The Southern Border Communities Coalition (SBCC) brings together organizations from San Diego, California, to Brownsville, Texas, to ensure that border enforcement policies and practices are accountable and fair, respect human dignity and human rights, and prevent the loss of life in the region.
Do you like this post?
Tweet