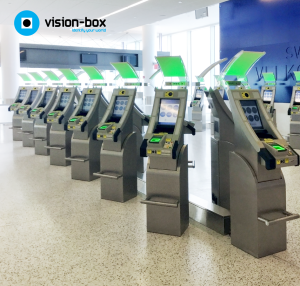 Vision-Box technology continues to play an important role in the US Customs and Border Protection (CBP) agency’s trialing of biometric border control, the company has announced. In a statement, the company says it’s the provider of “the core biometric technology” used in the CBP’s JFK International Airport project.

The project was launched in January of this year, marking an expansion of previous testing done at Virginia’s Dulles International Airport. The CBP is assessing how biometric facial recognition can be used to facilitate strong security screening at airports, an effort that has increased in importance with the government’sheightened security approach in response to last autumn’s Paris terror attacks.

In this case, as in that of the Dulles project, Unisys has provided the overall biometric solution, subcontracting particular components to other specialists such as Vision-Box, whose own deployments in the area of biometric border screening have proven highly successful, at least in terms of improving administrative efficiency. For the purposes of the CBP projects, Vision-Box’s solution revolves around matching the facial biometrics of individuals’ passport photos with those of captured via the VB E-Pass Desktop solution, and providing a risk assessment based on how well they match.

In a hint of things to come, Vision-Box says it is already setting up facial biometrics matching Automated Passport Control (APC) kiosks at a number of other major US airports, which the CBP will use for inbound traveler processing.