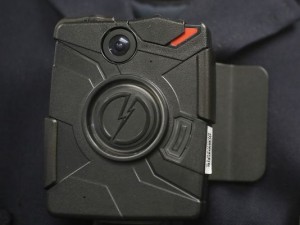 The man who represents all of the U.S. Customs and Border Protection officers in the San Diego area says his men and woman want body cameras, as soon as possible.

Terence Shigg, the local chapter president for The National Border Patrol Council and a longtime agent himself, says the problem has been a lack of collaboration between management and day to day agents.

"From doing this for 20 years and being a union rep. for probably just as long, if management is left to do it however they want to do it, they're going to mess it up,” Shigg said. “And when I say mess it up, they're not going to take into account what the boots on the ground are actually doing and how this would affect their job.”

CBP wrapped up a yearlong feasibility study last summer, but appears no closer to rolling out the cameras. The body camera situation is still under review by US Customs and Border Protection, which means there is no target date for implementation or if implementation will happen at all.

The agents sworn to protect our borders say they feel body worn cameras will protect them against false accusations.

"That's something we've always felt we’ve been misunderstood as part of our position on body cameras, it's never been we're against it, it’s that we’ve been for them implemented correctly with the correct equipment and correct policies to back that up,” Shigg said.

Before implementing a body-worn camera program, US Customs and Border Protection will have to address many policy and privacy questions related to deployment, video data storage, and training and resolve funding issues.

Shigg says there are a few early sticking points.

If body cameras were to be introduced permanently, Shigg said some agents have policy concerns.
They want access to the video before writing reports, but some groups fighting for transparency say this would allow agents to manipulate the truth. They also worry video storage costs would cut into future budgets impacting salaries and benefits.

“We will need a better quality of camera and I think that was the mistake that was done with these tests, they didn't use the correct kinds of equipment for our environment," Shigg said.

There is no target date for implementation or whether it will happen at all, officials said.