THE SOUTHERN BORDER REGION AT A GLANCE

The southern border has a deeply rich cultural and indigenous history that predates national boundaries, and its unique wildlife habitats enrich the dynamic landscape home to endangered species like wolves, jaguars and owls. Southern border cities are some of the safest communities in the country. The southern border is a key engine of economic growth; an international trade hub that creates jobs and generates wealth.

This is a deep-dive on the borderlands — a look at the people, the flora and fauna, the economics and more. What you’ll find is that the border is not a line in the sand militarized by unaccountable agents and deadly and dangerous walls.

What we hope you’ll find is that we’re a region of diverse and welcoming people, vibrant culture and a deep binational lifestyle. Our region is a treasure to behold and explore, and an opportunity for the rest of our country to see us for who we are.

About 20 million people live along the southern border with Mexico, according to the U.S. Census Data. And an estimated 11 million people in Mexico live along the border with the U.S., according to the latest INEGI data (see map below). The communities that make up the southern border region are growing, diverse and vibrant. This demographic and economic profile paints a picture of communities in California, Arizona, New Mexico and Texas.

A vast majority of people living in the border region are people of color. Half (50%) are Hispanic or Latinx, 4% are black, one-in-ten (10%) identify as Asian American or Pacific Islander, among others. One-third (33%) of the population is white, compared to the U.S. average of 62%.

The border region is on par with the U.S. average in terms of educational attainment for people ages 25 or older. For both the U.S. and the border region, about four-in-ten residents have a high school degree or less, followed by about three-in-ten who have attained a two-year degree or some college.

However, educational access and attainment vary by border state. Half of Texan adults living in the border region have a high school degree or less, compared to 39% of the U.S. overall. California, on the other hand, has the highest share of border-residents with a college or advanced degree.

The median age among border residents is 37 years old - compared to 39 years old for the U.S. as a whole, making the region slightly younger than the U.S. average.

Immigrant youth are instrumental to our communities — they’re our neighbors, teachers, nurses and doctors. Learn more about Border Dreamers here.

The border region is home to 4.4 million immigrants. Among them, most (67%) speak English proficiently.

Among border states, Arizona had the highest unemployment rate at 6.32%, while California had the lowest at 5.3%.

In 2018, the border region had a higher poverty rate than the U.S. average.

Wealth and poverty vary across the border. Texans living in the border region experienced about twice the poverty rate than the U.S. average at 23.7%. However, border residents in California faced lower poverty rates in 2018 than the country as a whole (11.64%), highlighting the inequality of some border communities. 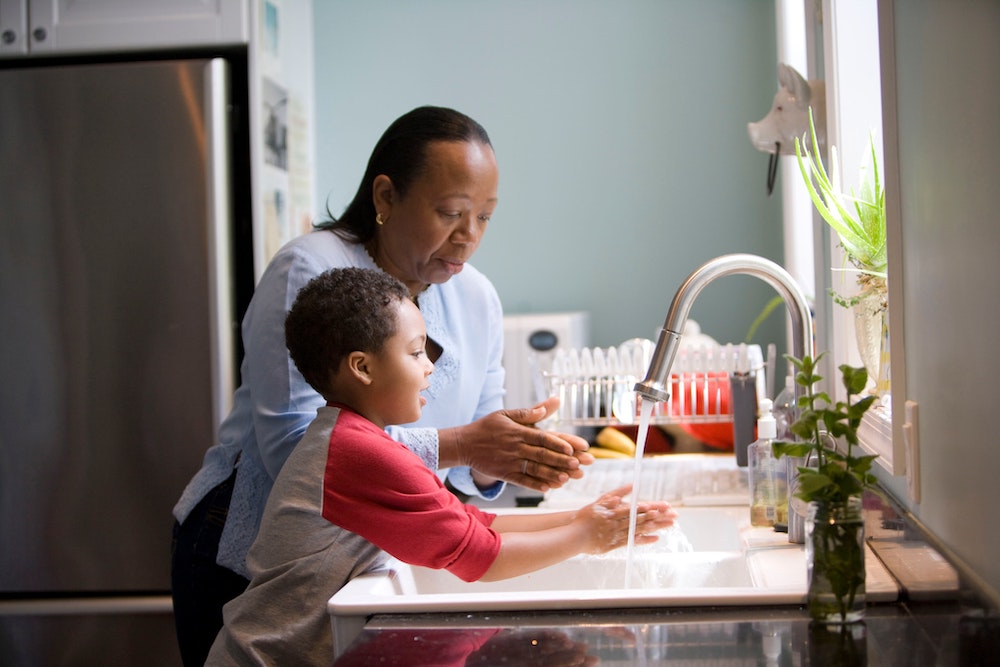 Learn more about how people in the southern border region have been disproportionately affected by the Covid-19 pandemic.

Biodiversity of the Border Region

The U.S.-Mexico border is home to six different ecological regions, ranging from desert scrub to grasslands and marshes, which are bisected by the border line and threatened by further wall construction. Defenders of Wildlife have identified five borderland conservation hot-spots among these ecoregions that contain high concentrations of ecological diversity which is threatened by the wall.

The deadly and wasteful border wall has disrupted the natural environment of hundreds of species living along the U.S.-Mexico border by impacting habitats and undermining decades of conservation work. Construction of infrastructure has killed animals directly or has disrupted habitat connectivity, further endangering critical species unique to this region.

Only a few hundred of these endangered wolves are left in the wild in Sonora, Arizona and New Mexico.

The wall will prevent these endangered animals from migrating between the U.S. and Mexico to their watering and birthing sites.

The endangered pronghorn could be severely impacted by a wall, cutting them off from a budding population in the Sonoran desert.

The U.S.-Mexico border is also home to six different ecological regions, ranging from desert scrub to grasslands and marshes, which are bisected by the border line and threatened by further wall construction. Defenders of Wildlife have identified five borderland conservation hot-spots among these ecoregions that contain high concentrations of ecological diversity which is threatened by the wall.

There are an estimated 1,500 animals and close to 500 plant species unique to the border land region. A continuous border wall can severely impact some animal's ability to access food, water or other resources. Many of the biologically-rich regions in the southern border are home to animal populations that depend on crossing back and forth, according to scientists and environmentalists. These researchers estimate that about 34% of 'nonflying native terrestrial and freshwater animal species' could be cut off by the wall.

Nativelands in the Border Region

The southern border region is a place of lines and boundaries, both natural and artificial, spanning geographies and centuries. Four U.S and ten Mexican states straddle the border, but this region is also home to dozens of indigenous territories and lands that do not conform to modern national or international boundaries. The popular adage -- “we did not cross the border, the border crossed us” -- is especially true for the numerous tribes and indigenous peoples whose land was forcibly colonized and bisected by these boundaries.

There are dozens of unique indigenous territories that overlap in some way with the 100-mile border zone. Some homelands extend across the U.S.-Mexico border -- meaning that the border crosses them and impedes movement and separates peoples. The Tohono O’odham Nation, for example, extends through the Sonoran desert from the U.S. state of Arizona to the Mexican state of Sonora. The Nation was split by the international border in 1853. Now, members of this nation - who live on both sides of the border - must deal with the daily realities and psychological toll of a hyper-militarized border.

Numerous tribes live in the southern border region. Out of the 574 tribes recognized by the U.S. Bureau of Indian Affairs, 154 have a presence in a southern border state. There are 109 federally recognized tribes in California, 22 in Arizona, 24 in New Mexico and 3 in Texas. This includes several tribes with lands that cross state boundaries such as the Colorado Indian River tribe that has a presence in California and Arizona. The border––an imaginary demarcation, especially for these binational groups–– has separated some tribe members from their relatives who live in Mexico.

Over 390,000 southern border residents within 100 miles of the border identify as “American Indian or Alaska Native”, according to estimates using U.S. Census data from 2019. Native Americans make up approximately two percent of the total southern border population, while they make up only 1.3 percent of the total U.S. population. The county of Maricopa, Arizona has the greatest number of Native American residents, with over 125,500. La Paz County has the greatest percentage of its population (18.15) that identifies as part of an Native American group.

The southern border region is a key engine for economic growth. The San Ysidro Port of Entry in Southern California is one of the largest ports of entry in the world, with over 10 million individual crossings yearly. In 2019, $427 billion dollars’ worth of goods were traded by truck along ports in the southern border, highlighting the importance of this region to the national economy.

Trade through Texas represented the vast majority of truck-based trade (73%) between the U.S. and Mexico, totaling more than $300 billion worth of goods traded. Over $65b of goods were traded through California ports of entry in 2019.

About half a million people cross from Mexico into the United States every day. Many are visitors, but a considerable number are people working or studying in the U.S. For the transfronterizo students, crossing over is a daily, hours-long ritual from home to school. No estimate exists of how many American students live and commute from Mexico. Many moved to Mexican border cities for the lower cost of living, while others were displaced by a parent’s deportation.

In 2019, the largest average daily crossings were in Texas, followed by California, Arizona and New Mexico. However, the busiest crossing is the San Ysidro port of entry in San Diego, California where 36.7 million crossings occurred in 2019.

See why militarization
hurts us
all

ASYLUM SEEKERS
AT THE
BORDER