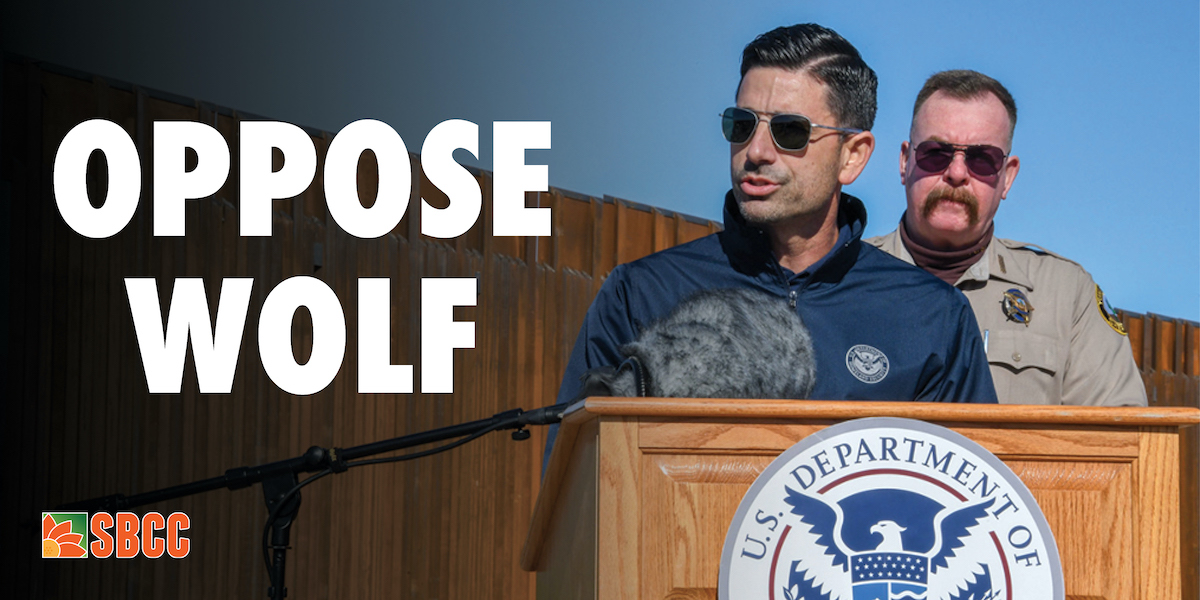 Chad Wolf unlawfully serves as Acting Secretary of DHS, and has been at the helm of the department as news of some of the most violent and cruel actions against immigrants and border communities have been revealed  — including the separation of  families, the dynamiting and desecration of sacred borderlands, the horrific disregard for health and safety of immigrants endangered by the pandemic in detention centers, and hysterectomies forced on Black and Brown women without their knowledge or consent.

The Southern Border Communities Coalition (SBCC), alongside its many organizational partners and allies, strongly oppose Chad Wolf’s nomination to DHS Secretary, as his violent track record indicates a hateful anti-immigrant and white supremacist bent, making him unfit to lead the Department of Homeland Security.

“During his time as acting secretary of the Department of Homeland Security, Chad Wolf has demonstrated that he is unfit to hold the position. He has been the architect for some of the most heinous policies against immigrants, asylum-seekers and border residents, including U.S. citizens and tribal members practicing their constitutional right to protest. It is clear that Chad Wolf only has one agenda -- to advance the hateful and racist policies of the Trump administration. We urge the Senate to oppose the nomination of Chad Wolf to Secretary of DHS, and to instead embrace A New Border Vision that upholds human rights and human dignity for all people in the borderlands.”