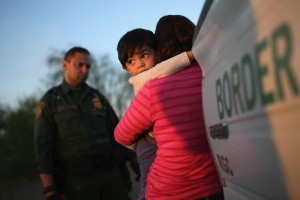 U.S. Customs and Border Protection boasted this week that agents used significantly less deadly force in the field over the last year, with incidents down 26 percent even as assaults against agents held steady. But the embattled agency’s steps toward reform and greater transparency omit one key detail: just how many of their altercations resulted in severe injuries or even death.

At least nine people died in Border Patrol custody in the last fiscal year, a review conducted by the American Civil Liberties Union found, adding to another four deaths at the border since October.

Several cases were deemed by local or federal law enforcement as a justifiable use of lethal force – for example, gunfights with suspected smugglers. Others likely died of health-related issues. But many cases fell within a gray area, blurring the lines between when deadly force is necessary and when it’s clearly excessive.