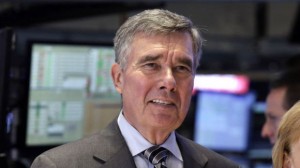 The largest law enforcement agency in the country has made progress in sharing information after use-of-force incidents but there’s still work to be done, the head of Customs and Border Protection said.

“We are doing better but I wouldn’t say that given the vast geography and size of the organization that it’s all running as smoothly as I would like to see it,” R. Gil Kerlikowske told the Arizona Daily Star a day before the agency held a news conference to discuss its latest shooting incident in Southern Arizona involving a Border Patrol agent.

Since Kerlikowske was appointed to head the agency, which oversees the Border Patrol, he has pushed for greater transparency and accountability by releasing its use-of-force policy. More recently it also publicly disclosed the number of use-of-force incidents, which it said it will start to update monthly broken down by sector, agency branch and other measures.