The Border Patrol Is in Chaos. Can Its New Chief Make a Difference? 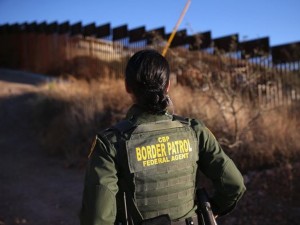 A new chief took over the US Border Patrol this month, and for the first time in 92 years, it isn't someone who rose through the ranks. Mark Morgan—a former FBI official who once specialized in intelligence and counterterrorism—has stepped in to lead the scandal-plagued group once described as "America's most out-of-control law enforcement agency."

Predictably, Morgan's hiring has caused a stir among Border Patrol agents, who expected one of their own to take the helm. The Border Patrol union—which recently endorsed Donald Trump and has vocally opposed Obama's immigration actions—urged Morgan to remember that those who protect the border every day are "the real experts in border security." Joshua Wilson, a spokesman for the union's San Diego chapter, asked the Los Angeles Times, "How can someone who has never made an immigration arrest in his career expect to lead an agency whose primary duty is to make immigration arrests?"

But Border Patrol critics have been pushing for a shakeup at the top for years. US Customs and Border Protection (CBP), the umbrella agency that encompasses the Border Patrol, is the largest law enforcement agency in the country with 44,000 armed officers, double the size of the FBI and larger than the New York Police Department. Since its rapid expansion in the wake of 9/11, critics have said that CBP's training and capacity to investigate employee misconduct hasn't kept up, leaving new recruits green and often unaccountable.

Read more on what misconduct has been prevalent at CBP here: http://www.motherjones.com/politics/2016/07/new-border-patrol-chief-mark-morgan