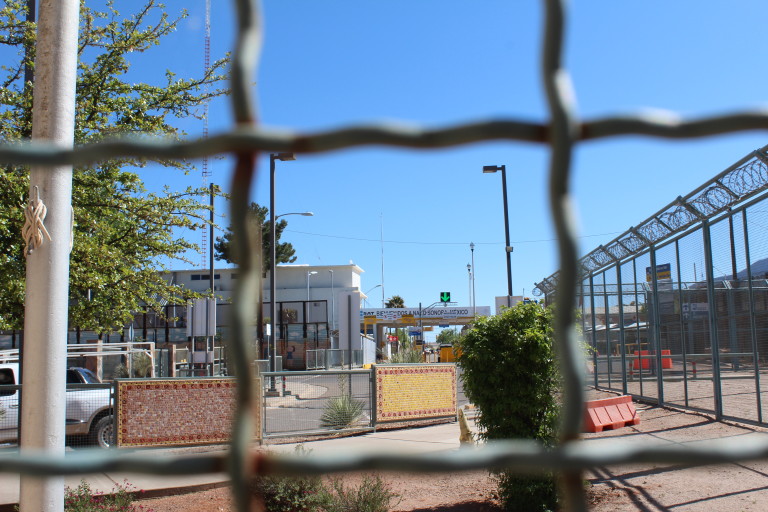 SOUTHERN BORDER —  Today, the White House officially requested $3 billion from Congress to push ahead with its misguided plans to build more walls along the southern border while laying the groundwork to hire thousands more immigration officers. In response, the  Southern Border Communities Coalition has released the following statement:

“ This funding request is an example of just how shortsighted and misguided the Trump administration is when it comes to the border region. The notion that border communities need more walls and more immigration agents is patently false,  unjustified and detrimental to the civil rights for the millions of people who live, work and travel through the borderlands. What border communities really need are better schools so taxpayer money is invested in people; we need better roads and infrastructure so the border region continues to be an economic engine for the rest of the country; and we need better healthcare to improve the quality of life of the millions of people who call the border region home. We reject these misplaced priorities and call on the Trump administration to help revitalize, not militarize border communities.” 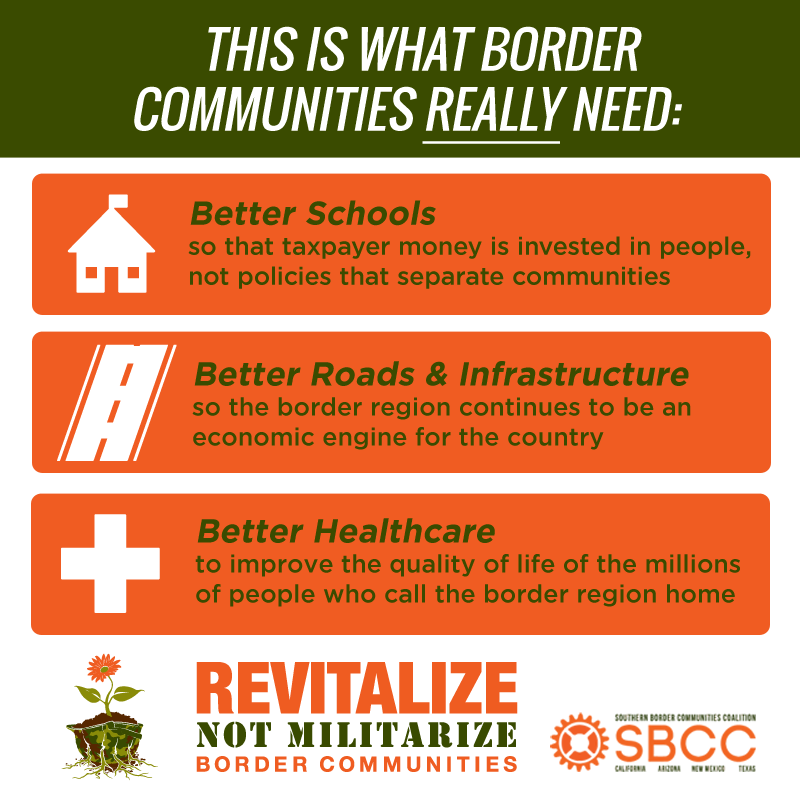 Among other things, the $3 billion would pay for an additional 5,000 more agents for Border Patrol, which the agency has repeatedly said it does not need or want. Border Patrol has a little over 17,000 agents working on the southern border. Apprehension reports released last week show that agents apprehended close to 19,000 people in February, but that only equates to one apprehension per agent per month in the first full month of the Trump administration. In light of these numbers, the White House’s assertion that it needs more agents is hard to swallow.

Nearly half of the $3 billion would pay for the construction of more walls at the border at a time when the migration levels are lower than they’ve been in decades. Roughly one-third of the 2,000 mile border already has a wall and in some parts of the border, particularly in urban areas like San Diego, there are triple walls. Much of the rest of the border is made up of natural barriers that include rivers and mountainous terrain on which a physical barrier makes no sense and would negatively impact the natural environment. In these parts of the border, agents patrol the area and have mounted a digital wall. For this reason, congressional members from the border region and from Trump’s own party have pushed back against the wall expansion as expensive and unnecessary. Border Patrol has also indicated that it does not need to extend a physical wall the full length of the border and indicates it only needs another 23 miles of a wall, not the 1,300 miles that Trump seeks, calling into question the justification for the White House’s budget request.