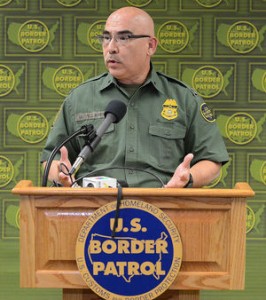 A U.S. Border Patrol agent shot and killed a suspected illegal entrant Thursday night during a struggle in which he was being physically assaulted, according to the Yuma Sector BP Public Affairs Office.

“During the arrest, the subject grabbed the agent’s radio and collapsible steel baton, and began striking him in the face and head while he also attempted to remove the agent’s sidearm from its holster," said Acting Chief Patrol Agent Mario Villarreal, Yuma Border Patrol Sector. "The agent, fearing for his life, discharged his weapon, which struck the suspect."

Villarreal said the incident happened at approximately 10 p.m. after a group of three suspected illegal entrants were detected entering the country illegally by crossing the Colorado River near Somerton. Once across, the three split into two groups.