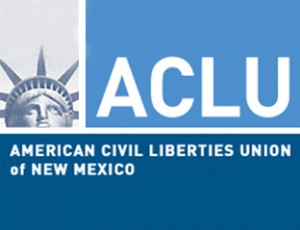 The complaint details officers’ use of excessive force, verbal abuse, humiliating searches and intimidation to coerce individuals into surrendering their legal rights. In multiple cases, border residents told the RCBR that CBP officers discouraged or failed to inform them of how to file a complaint.

“Every day, thousands of students, workers and tourists legally cross our ports of entry to do business or visit family,” stated Cynthia Pompa, field organizer at the RCBR. “When unprofessional or downright cruel CBP officers humiliate, discriminate and physical or verbally abuse them, their mistreatment and lack of accountability offends American values of equality and justice.”

In May 2015, the RCBR joined organizations from Brownsville, Texas to San Diego, California to launch “Dignity Crossing,” a campaign to document the stories of border residents who cross land ports of entry along the U.S.-Mexico border. Nationwide, roughly 600,000 people enter the United States through ports of entry on a daily basis and 1 in 24 jobs in America’s Heartland rely on cross-border commerce at our southern border. Today’s complaint details a handful of the many cases reported to the RCBR by U.S. citizens and Mexican nationals who commuted regularly and lawfully through our nation’s ports:

“For many of us, crossing the border means coming home,” added Vicki Gaubeca, director of the RCBR. “CBP claims to facilitate lawful trade and travel, but the indignities their officers inflict on citizens and noncitizens alike offends basic notions of fairness and discourages economic and cultural exchange that fuels our country. Border residents spoke up to demand a transparent investigation into the abusive culture rooted in our nation’s largest police force. CBP is long overdue for a heavy dose of accountability reforms.”

The ACLU-NM Regional Center for Border Rights stands with border communities to defend and protect America’s constitutional guarantees of equality and justice for all families to live freely, safely and with dignity. Learn more about the ACLU of New Mexico: http://aclu-nm.org/