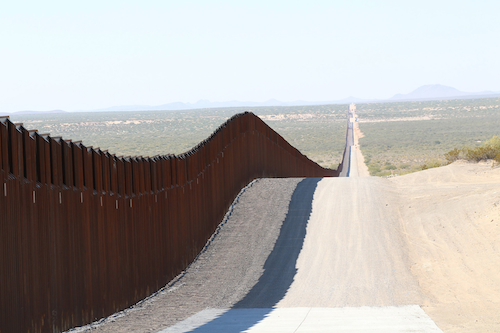 SOUTHERN BORDER —  If putting public safety at risk by accelerating the construction of his vanity border wall during a pandemic wasn’t enough, the Trump administration reached a reckless milestone today by issuing the 30th waiver of federal laws to build a wall across the southern border. This waiver applies to communities in Webb and Zapata counties in the Laredo, TX area, where the administration plans to fast track 69 miles of wall.

This is the 25th waiver issued by the Trump Administration, and the 30th overall (the Bush administration issued five from 2005 to 2008). With a stroke of a pen, the Administration has deprived the borderlands and millions who call the region home the protection of decades of bedrock laws that safeguard the environment and secure the health, safety and well-being of communities everywhere else across the United States, including the Native American Graves Protection and Repatriation Act, Clean Air Act, Clean Water Act, and Endangered Species Act.

The Trump administration has further escalated efforts to erect its destructive vanity border wall in recent months, blasting Native American sacred burial sites and destroying  wildlife refuges and national monuments. It has gone as far as suing an orphanage in South Texas in an effort to take their land to build the president’s vanity wall as part of an unprecedented land grab targeting families who have lived along the border for generations.

"We've long known the Trump Administration won’t hesitate to trample on the rights of border and indigenous communities in its drive to build an idiotic symbol of racism. But this milestone shows that they are not done plumbing into their reservoirs of hate," said Ricky Garza, staff attorney with the Texas Civil Rights Project. "These waivers undermine critical laws meant to protect our health, environment, and historic sites that millions of people depend on. Congress must step up and repeal the Trump administration's waiver power. Anything less is an insult to everyone in the borderlands."

"It is unconscionable that the Trump administration would waive this many environmental protections to push this unlawful, damaging and irresponsible border wall,” said Tom Vaughan, a member of the Sierra Club in Laredo, TX. “As a biologist, I see the border wall as a destructive force to South Texas— wreaking havoc on our water supplies, biodiversity and communities. Make no mistake: the majority of landowners along our river and borderland residents in general overwhelmingly oppose this wall and the irreversible scars it leaves on the places we live."

"In Texas and along the border, Trump is recklessly waiving hard-fought protections to build border walls on sacred native burial sites. This is an attack on native tribes and border communities alike. The Esto'k Gna, the original people of the Rio Grande Valley of Texas oppose any further destruction to our ancestral lands and disruption to our way of life," said Juan Mancias, Tribal Chairman of the Carrizo Comecrudo Tribe of Texas.

"Waiving federal protections to build border walls endangers native and border communities. Congress needs to repeal the authority of the executive to bypass laws that would otherwise require that native burial sites be preserved, wildlife and the environment be protected, and border communities be respected," said Norma Herrera, community organizer with the Rio Grande Valley Equal Voice Network.