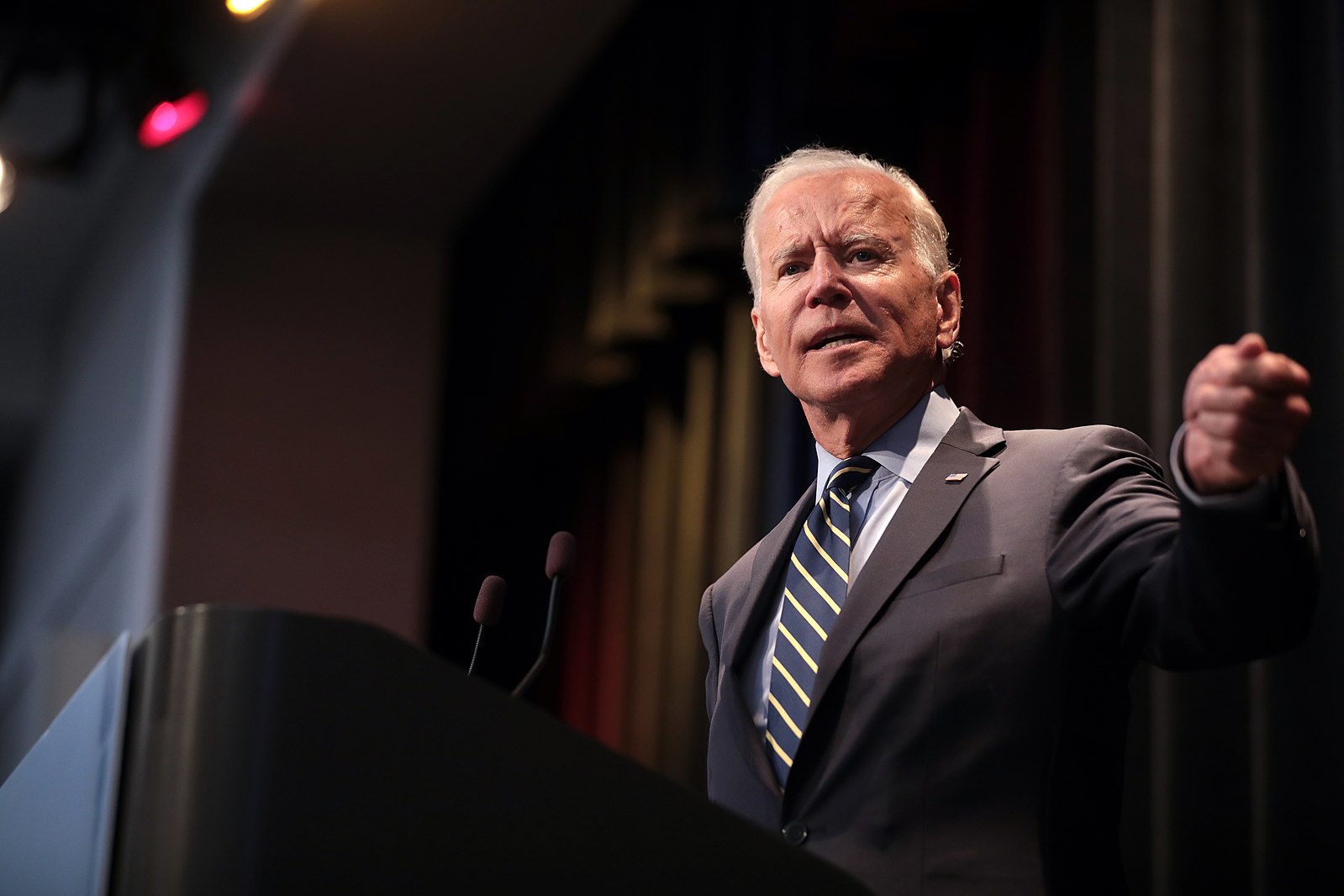 Border walls came to symbolize Donald Trump’s presidential campaign, and were prioritized during his administration.  The 400 miles of border wall that he has overseen will inflict ongoing damage upon Native American nations and border towns, fragile ecosystems and endangered species, for as long as they stand.

President-elect Biden has been far quieter regarding his plans for border walls.  When pressed during an NPR interview he said that “not another foot” would be built while he is in office, which sounds like a solid promise to cancel border wall condemnations and construction contracts on day one.

But Joe Biden has been in the White House before, as Vice President during the Obama administration.  Instead of halting construction and removing walls, they built more than 100 miles of new wall along the southwest border.

In 2006 then-President Bush signed the Secure Fence Act, which called for the erection of hundreds of miles of barriers along the U.S.-Mexico border.  The Bush Administration intended to build 700 miles by December of 2008, when his second term would come to an end.  By April of 2008 then-Homeland Security Secretary Chertoff had issued waivers that swept aside dozens of federal laws and “all federal, state, or other laws, regulations and legal requirements of, deriving from, or related to the subject of” the named laws for all of the planned border walls.

By the end of President Bush’s time in office the U.S.-Mexico border was lined with 278 miles of 15-to-18-foot-tall pedestrian fence and 248 miles of vehicle barrier, for a total of 526 miles.  Of those, 135 miles had been built prior to the passage of the Secure Fence Act.

The Obama-Biden Administration would oversee construction of an additional 128 miles of border wall.  When Donald Trump was inaugurated in January of 2017 a total of 654 miles of border barrier (including both pedestrian fencing and vehicle barrier) were waiting for him.

Border communities were rightly upset by continued wall construction during the Obama presidency.  Campaigning against Hillary Clinton in South Texas ahead of the 2008 Texas primary, candidate Obama said, “We have to work with local communities to deal with the border in intelligent ways.  We can’t do it by building a wall along the border. That’s not going to work.”

Following Barack Obama’s victory he received a letter from Commissioners in Cameron County, an area of South Texas where walls had been planned under the Bush Administration but where, due to the time it took for the federal government to condemn private property, none had yet been built.  Expressing the wishes of border residents they wrote, “We respectfully ask that you make the cancellation of the border wall on the Southern Border a top priority of your administration.  Let us build bridges of friendship, safety, and prosperity – not walls of hatred and division.”

Most of the South Texas walls would require the acquisition of private property, and the overwhelming majority of landowners in the path of these walls did not want to sell.  Hundreds of land condemnations, carried out by Justice Department lawyers, were necessary in order to build them.  Many of those condemnations were initiated under the Bush Administration, but they continued without pause under the Obama-Biden Administration.  In many instances the federal government did not obtain possession of properties until 2009 or 2010.

Before Barack Obama and Joe Biden moved into the White House not a single mile of border wall had been finished in South Texas’ Lower Rio Grande Valley. The bulk of construction there occurred in 2009 and 2010, but in a few locations it dragged on into 2011 and 2012.  By the end of their first term 54 miles had been built through South Texas communities and wildlife refuges.

At the other end of the border a section of wall planned for California’s Otay Mountain Wilderness Area also remained unfinished when Barack Obama was inaugurated.  Construction continued in early 2009, including the dynamiting away of 530,000 cubic yards of rock, which was allowed to tumble into the canyon below.  While most of the pedestrian walls and vehicle barriers in California, Arizona, and New Mexico were built in the 60-foot wide, federally owned Roosevelt Easement, at Otay the terrain was so rugged that the wall and patrol road had to repeatedly intrude into the wilderness area which, according to its federal designation, was supposed to be roadless.

The border wall through Smuggler’s Gulch, a canyon a few miles inland from the Pacific, was also completed during the Obama-Biden administration.  At Smuggler’s Gulch the tops of low mountains on either side of the canyon were demolished, and a 100-foot-tall earthen dam was built across it in order to create a level surface for the border wall and patrol road.  This led to serious erosion which washed into the Tijuana estuary, smothering vegetation under sediment.  The culvert meant to allow the Tijuana River to pass under the berm also ejected flood water with much greater force than in the past, causing nearby properties to suffer flood damage.

There were also numerous locations where pre-existing border walls were replaced under the Obama-Biden administration, including some in El Paso, Texas; near Naco, Arizona; and where the wall between San Diego and Tijuana enters the Pacific Ocean.  Sections of border wall that were swept away by flooding at Organ Pipe Cactus National Monument, near Nogales, Arizona, and through Andrade, California, were rebuilt during those eight years as well.

All of the border walls built or replaced during the Obama-Biden administration relied upon the waivers of federal laws issued under the Bush Administration that set aside relevant environmental laws, laws protecting Native American graves and religious practices, and regulations meant to shield farmland and historic sites.  The issuance of waivers under the REAL ID Act is up to the discretion of the Secretary of Homeland Security, and the Obama-Biden administration could have opted to comply with federal laws rather than use the preexisting waivers to ignore them when new border walls were erected or older ones were replaced.

With Joe Biden the winner of the 2020 presidential election the actions taken by the administration that he was previously a part of is not just of academic interest.  The past can be a predictor of the future, a warning of what could happen if those who care about the borderlands are too complacent.

President Biden will inherit the 30-foot-tall border walls that the Trump administration has run through lands sacred to the O’odham and Kumeyaay peoples have already inflicted terrible damage.  Dynamite has ripped apart Monument Hill, despite the Tohono O’odham Nation telling Congress and Customs and Border Protection that there were burials there.  Jacumba and the flank of Tecate Peak have likewise been desecrated, despite Kumeyaay protests meant to protect the remains of their ancestors who are buried there.  These walls are a continued desecration so long as they stand.

The walls that the Trump administration blasted through the Peloncillo mountains, that scar the San Bernardino valley, and that cut across wild landscapes all across the southern border, bring the movement of wildlife to a dead stop.  For endangered species that live in the borderlands that means no access to critical sources of food and water, and small populations that may die out for lack of genetic diversity.  Walls that cut across Arizona’s San Pedro river and intrude into the floodplain of Texas’ Rio Grande will inevitably clog with debris during floods, dam water, then suffer catastrophic failure, with uprooted concrete and steel swept downriver.  The risk to wildlife and watercourses will not abate unless those walls are removed.

President Trump’s border walls, like those erected by his predecessors, push border crossings into increasingly brutal terrain.  This was noted by the Government Accountability Office in the summer of 2006, shortly before the Secure Fence Act passed, when they reported that border crossing deaths had doubled as the first border walls went up in California.  Border walls in California pushed crossings into the Arizona desert; subsequent border walls in Arizona rerouted crossings into Texas, which for the past few years has seen far more deaths than Arizona.  In the first 9 months of 2020, even though more crossings (and, in recent years, more recorded deaths) occurred in Texas, the remains of more border crossers were recovered in Arizona than in any of the prior 7 years.  Border walls are the cause of hundreds of deaths each year.

So long as border walls remain standing those harms will continue, and will be compounded.  The Biden-Harris administration should not, therefore, adopt the stance that the Obama-Biden administration did when they inherited ongoing border wall projects.

In an interview over the summer Joe Biden said that, “There will not be another foot of wall constructed on my administration.”

Doing so would save hundreds of Texas landowners, stave off the devastation of wildlife refuges, and avoid the flooding of homes and farms along the Rio Grande.

But it would not repair the damage done by the walls that the Trump administration has already erected.  That will require the removal of border walls.

Scott Nicol is the coauthor of a pair of reports about border walls, titled Death, Damage and Failure: Past, Present, and Future Impacts of Walls on the U.S.-Mexico Border.  He is an Assistant Professor at South Texas College in McAllen, Texas.