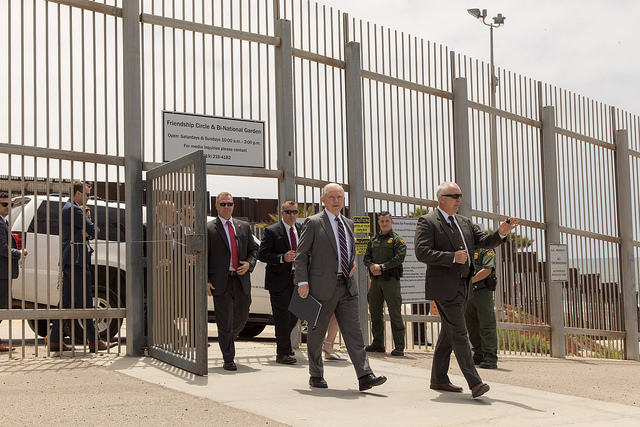 SOUTHERN BORDER REGION -- The Senate Appropriations Subcommittee on Homeland Security approved a bill that includes $1.6 billion for more border wall and hundreds of new border agents as part of a bill to fund the Department of Homeland Security for fiscal year 2019.

The bill provides funding to build 65 miles of unnecessary, harmful border wall in South Texas, as well as adds 375 additional Border Patrol agents. While it includes reporting requirements on family separation, it fails to defund Trump’s heartless practice. In addition, it increases the overall funding for Immigration and Customs Enforcement (ICE) and Customs and Border Protection (CBP) compared to the year before, essentially boosting Trump’s deportation force in the southern border and beyond.

The bill is scheduled for markup by the full Senate committee on appropriations on Thursday, June 21.

“At a time of national outrage over family separations, the members of this subcommittee seemed completely tone deaf as they quickly approved a spending bill that would boost Trump’s deportation force and result in more children being torn from their parents while more families are being thrown in jail. Far from fixing this humanitarian and moral crisis created by Trump, this budget will enable him to continue holding children hostage in exchange for his vanity wall, more unaccountable border agents, and continued militarization of border communities. Members of Congress should use their votes to reflect true and just American values, vote no on this spending bill, and instead make it possible for families to be together in #CommunitiesNotCages.