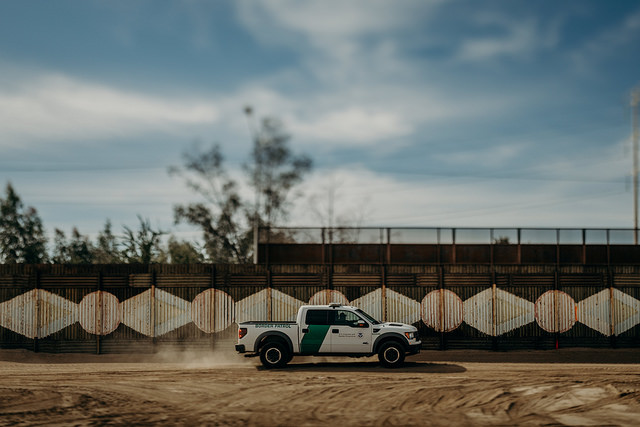 SOUTHERN BORDER -- Border Patrol agent Lonnie Swartz, who shot and killed a 16-year-old Mexican teenager, Jose Antonio Elena Rodríguez through the border fence in Nogales in 2012, was found not guilty of second-degree murder. In addition, the jury was unable to find consensus on the charges of voluntary or involuntary manslaughter.

This high-profile case was unusual because border patrol agents are rarely tried for their abuses and use of excessive force. Since 2010, border agents have killed more than 50 people with none being held accountable. Swartz is the first border patrol agent to be charged federally and prosecuted by the U.S. Department of Justice.

Joanna Williams, Director of Education and Advocacy at the Kino Border Initiative, and a steering committee member of the Southern Border Communities Coalition, issued the following statement:

“We have stood with his family of José Antonio Elena Rodriguez in their grief and their persistent fight for justice. As such, we accompany them in their sorrow today given the jury’s decision to declare Lonnie Swartz not guilty of second-degree murder.

We remember other victims who have been unjustly killed by CBP agents while on Mexican soil, such as José Alfredo Yanez Reyes in Tijuana, Sergio Adrian Hernández Guereca in Cd. Juárez, Antonio Perez Ramirez in San Luis Colorado, Ramsés Barrón Torres in Nogales, Guillermo Arévalo Pedraza in Nuevo Laredo, and Juan Pablo Pérez Santillán in Matamoros.

All of those who are responsible for these deaths are free from punishment, and none of the victims nor their family members have ever been afforded a path to justice. We call for measures to prevent future deaths, including an increase in staffing levels for personnel involved in oversight, the implementation of body worn cameras with robust privacy and accountability protocols, and a more transparent and accessible complaint process. These steps are critical to ensure the safety and dignity for border residents and migrants who are detained by Border Patrol.”

“This case is yet another disappointing example of how justice continues to evade the victims of Border Patrol abuses, particularly when it comes to the use of force. The killing of innocent people by border agents has sadly become a fact of life in hyper-militarized southern border communities, where abusive and unaccountable agents have literally been getting away with murder for years.

As the largest law enforcement agency in the nation, U.S. Customs and Border Protection, which includes Border Patrol, should be held to the highest and best policing practices. Despite this verdict, we are calling on this agency to implement body worn cameras, public and transparent investigations of agent abuse and corruption, along with a revision to their use-of-force handbook that clearly states that human life is paramount and that lethal force should only be used as the last recourse.

Border residents value the sanctity of life and will continue to demand that Congress implement transparent policy and oversight mechanisms to address the agency’s culture of impunity.”