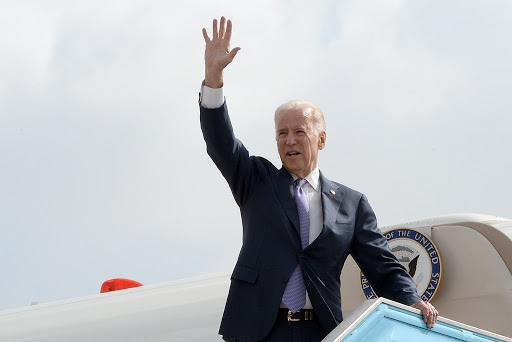 SOUTHERN BORDER — Yesterday, President Biden signed an executive order to rescind Donald Trump’s national emergency declaration that was used to rush the imposition of border walls with money from the military’s budget. The move by the Trump administration was challenged by the Sierra Club, American Civil Liberties Union (ACLU) and Southern Border Communities Coalition (SBCC) in a lawsuit that reached the Supreme Court, and declared illegal by a federal district court and Ninth Circuit Court of Appeals. Biden’s announcement means wall construction using funds obtained through the emergency declaration will be halted until a full legal review is completed. Read the order here.

“The Rio Grande Valley Equal Voice Network (RGV-EVN) shares in the excitement for fellow borderland communities, but wishes to remind the general public that while the fake national emergency declaration has been canceled and construction enabled by those funds paused, funds for border walls in the RGV were legally appropriated by Congress early on in this border wall fight. We want the national media and policymakers to recognize our region of primarily Latinx people is systemically forgotten, routinely sacrificed, and unfairly painted as a ‘no man's land’ where harmful policies are allowed to continue,” said Norma Herrera at the Rio Grande Valley Equal Voice Network. “Our region is a beautiful, environmentally and culturally diverse area and we want to preserve that for generations to come, not just because we care about nature or land rights, but because we care about having access to spiritual, recreational and economic resources that benefit our region’s people.”

“Our sacred river is not a border, but the life-giving force that connects us all together. The wall itself is an immoral monument to settler colonial destruction. It embodies and expresses centuries of white supremacy, racism, and genocide. Ongoing border militarization and the wall devalue the lives of human beings on both sides of the river, thus reinforcing settler-white supremacist oppression. The wall itself has desecrated sacred lands and sacred sites, including burial sites. The construction of the wall ignores Indigenous Sovereignty, and it damages ecosystems and the environment,” said Christopher Basaldú, PhD, Organizing Manager for Sierra Club and a member of the Carrizo Comecrudo Tribe of Texas (Esto’k Gna), and resident of Brownsville, Texas. “This most recent executive order should be a critical first step in stopping and eventually dismantling this immoral wall and the connected systems of border militarization. The wall, border militarization, and imprisonment in cruel detention centers deny and attempt to destroy our humanity and the humanity of our relatives who are seeking to live a good and peaceful life. Funds should be used to provide better health care and education, not militarization. It’s critical that the Biden administration and the government stop further wall construction, restore environmental and public health safeguards, take down the damaging barriers that have left significant damage on our sacred home lands, burial grounds, and communities, and liberate human beings imprisoned in these cruel and unjust detention centers. We must make sure that such human rights abuses never occur again.”

“President Biden’s day one move to terminate Trump’s hateful, dangerous, and colossally wasteful emergency declaration is welcome news in a path to restoration of the borderlands. The last four years of Trump’s reckless push to build the wall at any cost has torn apart communities, bulldozed Indigenous lands and burial grounds, and left unfathomable damage on the environment,” said Dan Millis of  Sierra Club’s Grand Canyon Chapter. “It is time to turn the page on the corruption, inhumanity, and unlawful tactics Trump used to push his cruel border agenda. We need a new vision for the borderlands— one that protects human rights, the environment, and everyone living in our region, including immigrants and asylum-seekers who have suffered immensely under the previous administration.”

“We applaud President Joe Biden’s new approach to border governance, which moves us towards humane and responsible management, and away from harmful and unaccountable enforcement,” said Vicki B. Gaubeca, Director of the Southern Border Communities Coalition. “These principles represent critical first steps to healing after the havoc that decades of dangerous border militarization has wrought in our region. We urge President Biden to continue this important work of undoing the harm in our region by rethinking borders, and develop and strengthen policies that expand public safety for all, protect human rights, and welcome people with dignity and respect.”

“The executive order is a refreshing first step to demilitarize our communities and stop the destruction of the borderlands. Much of the damage of the illegally used military funds and the congressionally-appropriated funds has already been done— lands bulldozed, graves desecrated, key wildlife breeding populations separated from one another, and the propping up of dangerous xenophobia against Latinx and Indigenous people, endangering millions of border lives,” said Antoinette Reyes of Sierra Club’s New Mexico Chapter. “We hope that our border communities are not forgotten and that more is done to reverse prior administration's damage.”

“It was a sigh of relief to read the executive order knowing that there could be a chance that the non-stop destruction of our environment, cross-border relations, and border communities might be put on pause and give us a chance to work toward a new narrative of a peaceful, more secure region,” said Daniel Watman, member of Sierra Club borderlands and Friends of Friendship Park.  “Unfortunately, this morning crews continue to build a 30-foot wall of division at Friendship Park, the most iconic location along the US-Mexico border of Friendship and collaboration. In a place that was designated for cross border friendship, people pray together, build gardens together, and make friends across barriers could send a message of unity and put an end to the policy of division that is causing strife, animosity, and even violence. We look forward to Joe Biden’s promise of urgently stopping this wall.”

The Rio Grande Valley Equal Voice Network (RGV-EVN) works to advance the human rights and quality of life for historically marginalized groups in the region.  We advocate for the intersectional reform of immigration, housing, health care, the labor force, and education justice, while bearing in mind the specific set of challenges that immigration status, income, language and other identities that matter can play in these sectors.  By centering the voices, experiences and knowledge of community members, we advance equity and social justice at the regional, local, state and federal levels.

The Southern Border Communities Coalition (SBCC) brings together more than 60 organizations from across the southern border to promote policies and solutions that improve the quality of life of border residents.

The Friends of Friendship Park are members of the community working to create a future in which the public will have unrestricted access to this historic meeting place.

Sierra Club is America’s largest and most influential grassroots environmental organization, with more than 3.5 million members and supporters. In addition to protecting every person's right to get outdoors and access the healing power of nature, the Sierra Club works to promote clean energy, safeguard the health of our communities, protect wildlife, and preserve our remaining wild places through grassroots activism, public education, lobbying, and legal action.