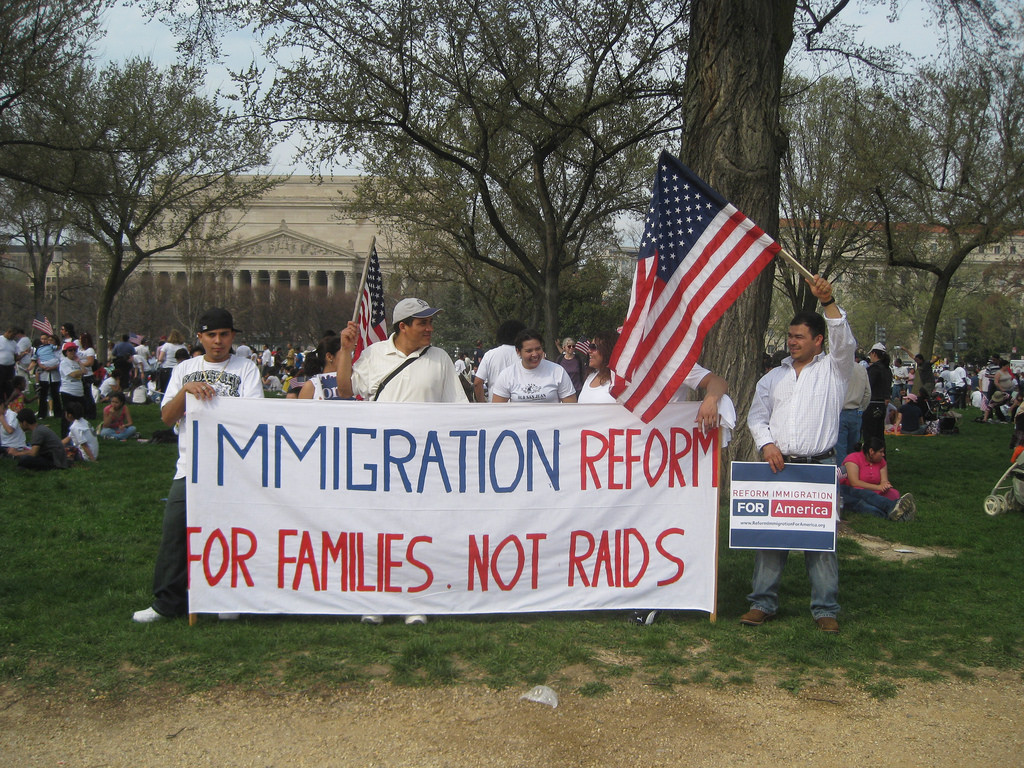 The Dream Act, currently being considered by Congress, would create a path to earned citizenship for Dreamers without further militarizing border communities. Some members of Congress, however, have pushed for more border enforcement in exchange for protecting DACA recipients. This would undermine the very Dreamers they are trying to protect, including those who live in the already militarized southern border region where border agents operate up to 100 miles from the border, inside the country, and are a part of the deportation force that puts families at risk.
<< Click here to see poll >>
A summary of the poll results show that of the polled voters:
"We urge members of Congress to listen to voters and pass a clean Dream Act without additional border enforcement," said Christian Ramirez, director of the Southern Border Communities Coalition. "We should not use Dreamers -- one of five of whom live in the southern border region -- as bargaining chips, or ask them to sacrifice the protection of their families for their own protection by ramping up a deportation machine."

According to the poll, voters clearly and overwhelmingly want Congress to act to protect Dreamers first and that's exactly what they should do," said Andrea Guerrero, executive director of  Alliance San Diego, which commissioned the poll. "Voters do not support more walls, more agents or more detention centers. What they do support, overwhelmingly, is curtailing the unique powers that DHS agents assert to act without a warrant or probable cause inside the United States to detain someone, search a vehicle, or enter onto private property."

About SBCC
SBCC brings together more than 60 organizations from San Diego, California, to Brownsville, Texas, to ensure that border enforcement policies and practices are accountable and fair, respect human dignity and human rights, and prevent loss of life in the region.
About Alliance San Diego
Alliance San Diego is a non-profit, non-partisan 501(c)(3) community empowerment organization working to ensure that all people can achieve their full potential in an environment of harmony, safety, equality, and justice. Our mission is to to provide a means for diverse individuals and organizations to share information, collaborate on issues and mobilize for change in the pursuit of social justice, especially in low-income communities and communities of color. We pursue this mission through targeted civic engagement programs and strategic coalitions that focus on specific issues and policy reforms.
###