Love and Money: How a Border Patrol agent crossed paths with a smuggler and went to prison 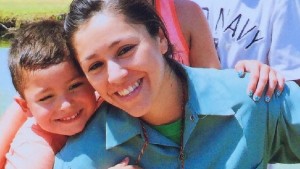 It started when a lemon hit Raquel Esquivel on the head.

Looking around the HEB in Del Rio, she spotted two old friends from high school - Diego Esquivel and Ramon Patuel - goofing around in the produce aisle.

"I said, 'Hey, y'all just hit me with a lemon,' and that's how the conversation started," she recalled.

Raquel Esquivel had left her hometown after graduating from high school in 2002, and hadn't seen Diego Esquivel (the two aren't related) until their chance meeting five years later. They exchanged numbers, and she told Diego and Patuel she was just weeks away from heading off for training at the U.S. Border Patrol Academy.

Whether what followed counts as a love story or an ill-fated tumble down the path of least resistance remains unclear, but in the end, Raquel and Diego were both in federal prison. That's one of the risks when a Border Patrol agent gets involved with a drug smuggler.