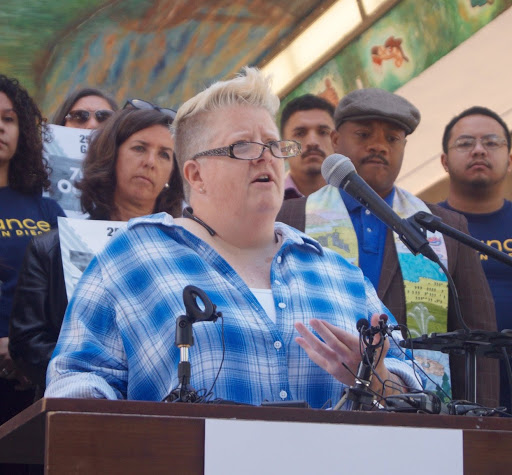 The story of former Border Patrol agent turned immigrant-rights activist Jenn Budd gives us hope that one day the nation can also leave behind its dark legacy of militarization that has led to so much death and destruction in the southern border region and beyond.

Jenn Budd was one of the first agents who was hired as part of Operation Gatekeeper which turbocharged the militarization in the southern border in 1994 with walls, thousands of agents and checkpoints in the interior.

During her time at the border patrol she witnessed firsthand the cruelty, racism and violence that we now know to be cultural pillars of the U.S. Border Patrol, the most corrupt and unaccountable agency in the federal government.

“I couldn’t wear that uniform, carry that badge with honor that never existed," wrote Jenn in a blog post titled I used to detain immigrants at the border. Now I help them. “I refused to ignore the corruption I witnessed on a daily basis or pretend that the wall wasn’t pushing people out to dangerous terrain and leading to their deaths. I declined to do as ordered and looked the other way as agents smuggled in drugs and assaulted migrants. So I left.”

Jenn went on to become an ambassador for the Southern Border Communities Coalition, and one of the nation’s most outspoken critics of the Green Monster.

In a video for SBCC, Jenn Budd talks about why she left the Border Patrol, and shares her first-hand experiences.

What Jenn realized from her time as a Border Patrol Agent is that militarization and enforcement-only policies don’t make us safer, despite what politicians say. In fact, they lead to more violence, corruption and death. From the moment she left the Border Patrol, Jenn vowed to speak out against their culture of corruption and impunity. In her new life as an advocate against militarization and for immigrant rights, Jenn Budd is atoning for the abuses her former agency has committed, and is asking that all current border patrol agents lay down their guns and badges and join her.

“When I became an agent, there were just under 5,000 agents and 1.3 million apprehensions” per year, said Jenn, in an interview with SBCC. “Today there are about 20,000 agents for just over 300,000 apprehensions. Judging by those statistics, I honestly don’t know what today’s agents do all day. When I was an agent, I played soccer with the kids in the flat fields of Tecate. Today they shoot them for getting too close to the fence. The Patrol is far more militarized and has greater extraordinary powers than in my day, yet there is little accountability.” 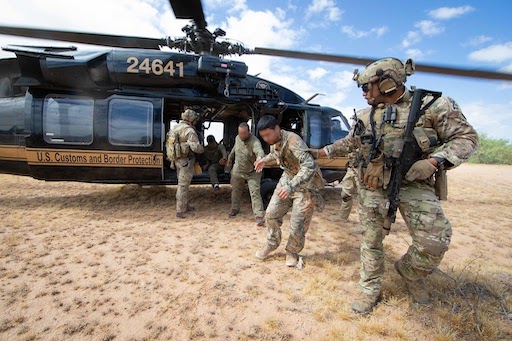 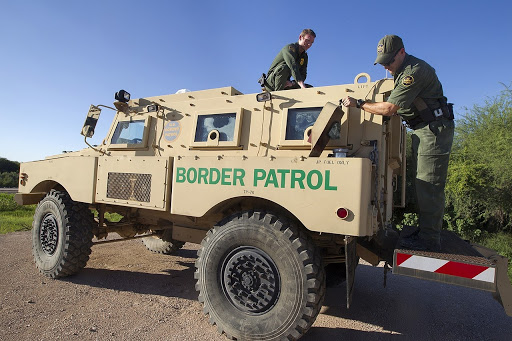 In the last three decades the southern border has become home to
one of the most militarized regions in the world.

The deadly border wall has divided vibrant communities, killed thousands of people and put the lives of thousands more at risk, harmed wildlife, and has destroyed sacred indigenous sites. Children have died because of the callous and cruel practices of militarization — from being pushed into harsh wilderness, to the abusive treatment once in detention, where they are treated like prisoners.

The Trump Administration continues to pump billions of dollars into funding the construction of more border walls, despite the human toll and the damage it has caused to wildlife and local natural environments.

“What the border doesn’t need is more guns, trucks, walls or agents,” writes Jenn. “It is way past time that those in power listen to the border residents, to the immigration experts and community organizers and leaders that have been down here for generations trying to hold together these communities. Border towns are no different than every other town in America. We need resources for our schools, churches, parks, education and healthcare as well.” 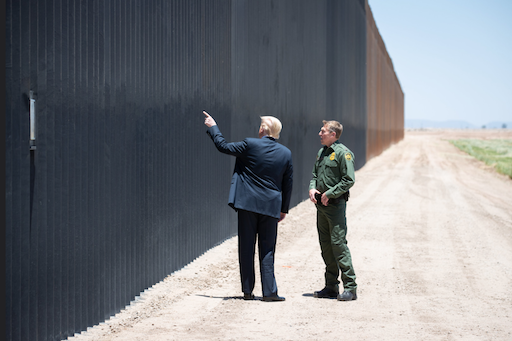 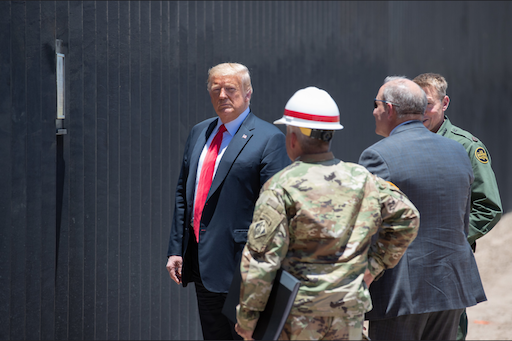 Since Trump took office, an estimated 275 miles of border wall have
been constructed and many more are in progress.

Like Jenn Budd, our nation needs to leave behind decades of dangerous border policies that have violated human rights and civil liberties, separated families, criminalized migrants and have now led to the deployment of border patrol agents throughout the country. Our nation needs a New Border Vision that expands public safety, protects human rights, and welcomes all people who live, work or travel to the region.

“What the border doesn’t need is more guns, trucks, walls or agents,” writes Jenn. “It is way past time that those in power listen to the border residents, to the immigration experts and community organizers and leaders that have been down here for generations trying to hold together these communities. Border towns are no different than every other town in America. We need resources for our schools, churches, parks, education and healthcare as well.”

In her role as ambassador for SBCC, Jenn Budd has written a series of articles calling out the culture of corruption and abuse Border Agents employ, and standing against the militarization of the borderlands. Read Jenn Budd’s work below.

Border Patrol agents are soldiers in Trump's racist, anti-immigrant war
The "Back to School" ICE Raids that Broke Our Hearts
Yep, that Secret Border Patrol FB Group is Typical Agent Behavior
She Asked, "Do they take Babies Away from Mothers in the US?" Here's what I said.
Open Letter from an Ex-Border Patrol Agent
Expedited Removals = Birtherism 2.0
I used to detain migrants at the border. Now I help them.
Our policies are as dangerous to migrants as smugglers
The Scott Warren Retrial Is A Travesty Of Justice
Chief Provost’s Legacy: Lies, Death And Dishonor
Border Patrol’s Shadow Immigration System