I Used To Detain Migrants At the Border. Now I help them. 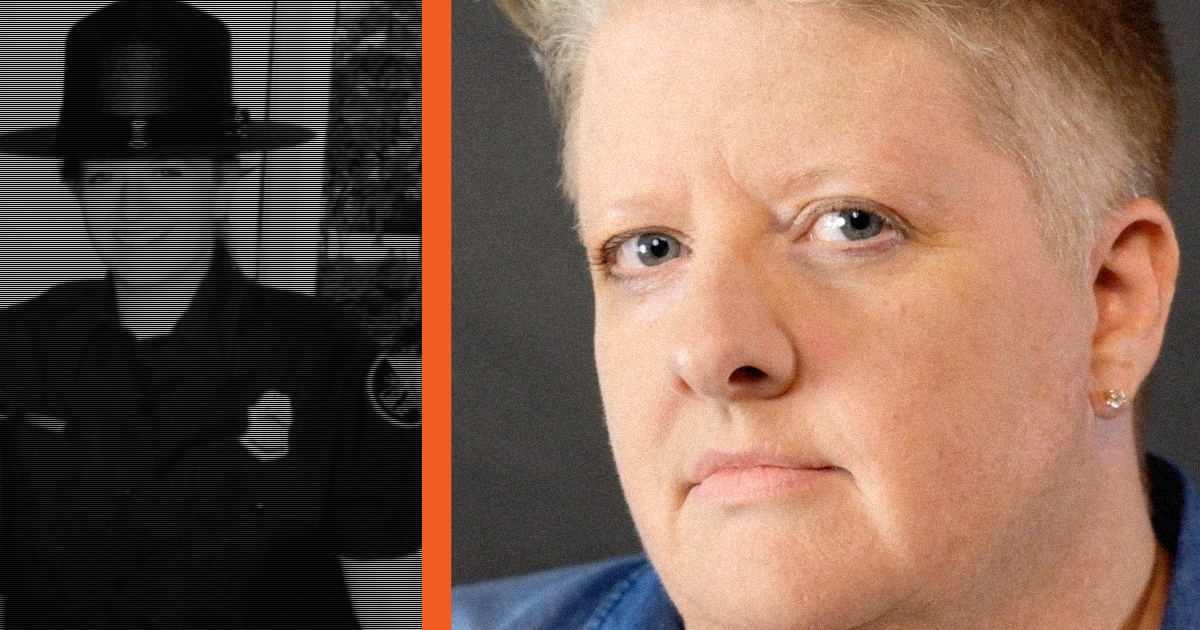 It’s been many years and once again, I’m standing in front of a single file line of immigrants. Most are from Guatemala and Honduras. Maybe a family or two are from El Salvador. All the children are so young, clinging to their parents in fear. Many are sneaking a look at me, then quickly looking away as if I am about to spit out orders at them like I used to when I wore a green border patrol uniform: “Get in line! Hands behind your back! Get inside! Silencio!”

For a moment, my breath escapes me as I feel a catch in my throat, and I try to recall a bit of Spanish. They are all asylum-seekers who have traveled thousands of miles. Some are sick, everyone is in need of clean clothes, food, a shower and a bed for the night. “Bienvenidos a San Diego. Tienen hambre?” These questions allow them to relax. I am a friend, here to help.

As our failed border policies continue to push asylum-seekers to dangerous areas away from the ports of entry and children continue to die in the custody of the US government, I am forever reminded of my own troubling memories from when I was a Border Patrol agent (1995 to 2001). But I’m not an agent anymore and haven’t been for many years. I resigned in protest over the corruption and lack of accountability I witnessed. I’d had a change of mind, of heart.

I believe in atonement, of making amends or at least attempting to do so. Leaving didn’t absolve me of my actions. Neither would time. I doubt volunteering in this shelter for asylum seekers will either, but it is the best that I can do in this moment. I cannot sit at home quietly while our government and my former employer treats these families as if they were less than livestock; while children die in our custody under the American flag. It is a disgrace and a shame that moves me to speak out and take action.

When I look back, I don’t understand how I stayed. It took effort. I had to have willfully forgotten my core values. I purposefully didn’t listen to their stories, because it was difficult to do my job when they told me that they were only seeking safety and security for their families. I honestly would have done the same had I been in their shoes, and I knew it. So I made them be silent. I didn’t want to know. I told myself that I needed this job and that was what was most important.

But the border, like life, is not so simple.

The change started in my fourth year after I had arrested a man for entering the country without inspection. We sat on a boulder talking while waiting on transport. His English was perfect and like me, he had a degree in law. He asked me why the Border Patrol did not treat Canadians the same as Mexicans. I could not answer him without admitting that the laws and policies I was enforcing were racist, intended only to keep certain people out. I could no longer pretend that I wasn’t racially profiling members of the community in enforcing the immigration laws that I knew were failing our country and had been for decades.

Being a Border Patrol agent was less about making our borders safe, enforcing laws or honor as they tried to make us believe, and more about making President Clinton’s Operation Gatekeeper a success. We had to justify the building of his wall, the increase of funding, of agents, of the Border Patrol’s militarization, all the while denying that our actions were actually contributing to the problem. Most migrants feared for their lives and were willing to hike for days through the harshest terrain for the slightest chance at a better life. Few, very few, were criminals. I knew this as a fact. I knew this because I was an agent. Constructing a wall and adding more agents only caused desperate people to make more desperate decisions as was evidenced by the thousands of deaths reported after we built more walls across the southern border region. I found a few of those bodies, lost to their loved ones for daring to dream the same as my ancestors had.

I couldn’t wear that uniform, carry that badge with honor that never existed. I wouldn’t. I refused to ignore the corruption I witnessed on a daily basis or pretend that the wall wasn’t pushing people out to dangerous terrain and leading to their deaths. I declined to do as ordered and look the other way as agents smuggled in drugs and assaulted migrants.

The southern border, its inhabitants are worthy of our respect and dignity. There is a vibrant, beautiful culture that exists on both sides. The separating of families with walls and armed guards only creates more violence, more desperation and animosity. This border and the people who come to it are deserving of our compassion and friendship and that is what makes us great. The truth that I learned nearly two decades ago was and is that investing in our border communities will make us far safer than militarizing will.

What the border doesn’t need is more guns, trucks, walls or agents. We don’t need anti-immigrant hate groups who don’t even live here being the only voices heard by Congress. Border residents and migrants don’t need more thinly disguised, racist policies that keep them from declaring their legal rights to asylum. Americans don’t need more policies or laws that waste our tax dollars on private prisons or detention centers. It is way past time that those in power listen to the border residents, to the immigration experts and community organizers and leaders that have been down here for generations trying to hold together these communities. Border towns are no different than every other town in America. We need resources for our schools, churches, parks, education and healthcare as well.

My views on immigration have taken years to develop. This is a privilege that I recognize comes with the color of my skin and the place I was born. It is at times uncomfortable, even difficult to see my own prejudice. I hope that other agents can see their actions for what they are as I have. I know it is difficult to speak out. If I accomplish anything, I would like to show them that it can be done. That simply having a badge and a gun does not make you honorable, just or right.

Yes the border is changing, but not in a negative way like many would like you to think. My story is evidence of that. I can see it in this group of asylum seekers who are no longer afraid to look at this former agent in the eye. I know it when a ten-year-old boy who is too terrified to eat the food I have served him. He fears I will yell at him as he claims the Border Patrol agents in Texas did for eight days while he and his mother were held for processing. I believe him. I know his fear, because I used to instill it. So I reassure him in my broken Spanish that he is safe, that I am not la migra. I smile because he asks me for more.

Today, I listen. I want to know their stories, and I try to imagine being in their shoes. It is the best that I can do in this moment.