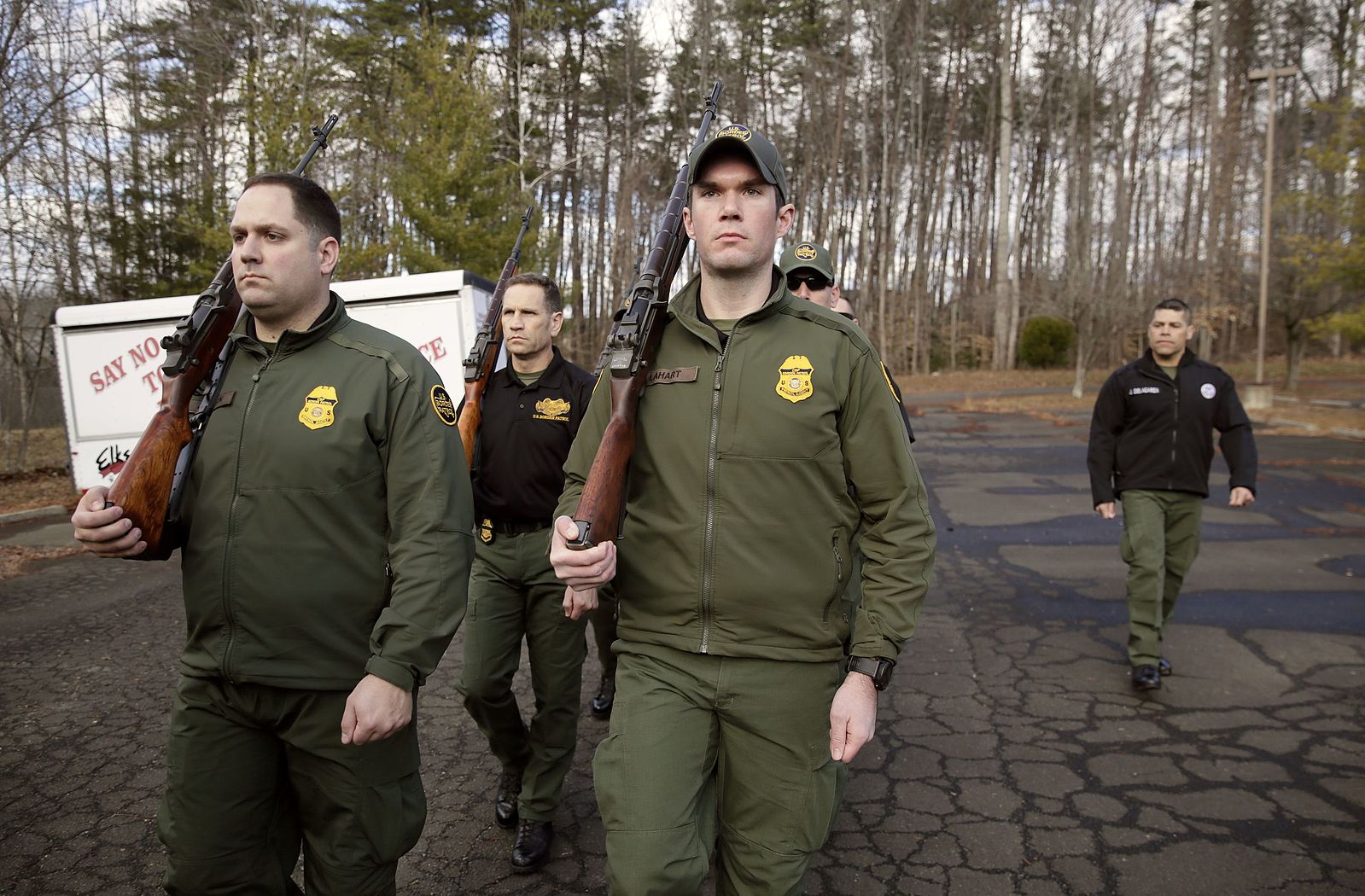 With the expansion of the expedited removals that allow anyone, anywhere in the United States to be questioned, detained and immediately deported by immigration authorities, we now have a better idea of what an American police state looks like. Those who encounter an immigration officer must be able to produce proof right then and there that they’ve been in the country for two years or more legally, or they will be deported to whatever country agents believe they were born in.

No attorney, no court hearing, no appeal, no goodbyes.

If you think this doesn’t affect you because you’re a citizen, think again. Americans are already being stopped, asked to produce their “papers,” and jailed for days because an immigration officer did not believe they were citizens. Case in point: a Marine Corps veteran was locked up recently for three days even after he showed ICE officers his passport, drivers license, military ID and Marine Corps dog tags. Which begs the question, why are these Americans being arrested and held in custody to prove their citizenship?

It’s because this is actually about something else: it’s about not being white.

It’s about this administration’s racism. It’s why our president attacks Congresswomen of color. It’s about his sycophants chanting for them to, “go back to where they came from.” It’s why Trump questioned the citizenship of President Obama while he was in office. With this policy change, the administration is saying that it is okay to openly question the citizenship of all people of color. To question their right to live here. Their right to be present. Their right to be. To just be.

It is why Vice President Pence said that we should not believe immigrants within minutes of witnessing their inhumane treatment with his own eyes. Even after we saw him see it with his own eyes. It is why the leaders of the Department of Homeland Security, Border Patrol and Customs and Border Protection (CBP) say people of color are lying every time they report abuse. They claim that their agents’ reports contradict those claims, that they do not believe asylum seekers. Yet on the very same day, they admit that agents were found to have been falsifying those very records with the assistance of management. Even with proof that the agents were the ones lying, they still do not believe the asylum seekers.

Trump’s deportation force — which includes ICE and Border Patrol —  is able to get away with all of this because of the extraordinary powers they have. They assert that they can do things that no other law enforcement agency can do, such as stop anyone, frisk them and question residents about their citizenship in the name of national security.

These powers are more than just racist, they are un-American.

The fact is that border agents have been steadily chipping away at our civil liberties for years, including the Constitution’s Fourth Amendment protections against unreasonable search and seizures without a warrant. Border agents can search your electronic devices, your purses, your vehicles — all without a warrant. They do not even need suspicion that you’ve committed a crime. The burden of proof in immigration law falls on the accused. One is no longer innocent until proven guilty; they are guilty until they can prove their innocence.

The expansion of expedited removals takes things a step further though. With this, the Trump administration is directly violating the Fifth Amendment regarding due process. The Constitution says the federal government should not be allowed to take away a person’s (not just a citizen’s) right to “life, liberty or property, without due process of law.” Expedited removals where the agents are the arresting officer, the jury and the judge clearly violate this law, and gut due process, a bedrock principle of our democracy.

These extraordinary powers have existed for several administrations. It has taken a rabid racist like Trump for us to see how dangerous they are to our freedom, how deadly they are to our founding principles as laid out in the Constitution.

Time to wake up, people. Our democracy is under threat. Jenn Budd is a former Senior Patrol Agent and Intelligence Agent with the U.S. Border Patrol and an SBCC ambassador.