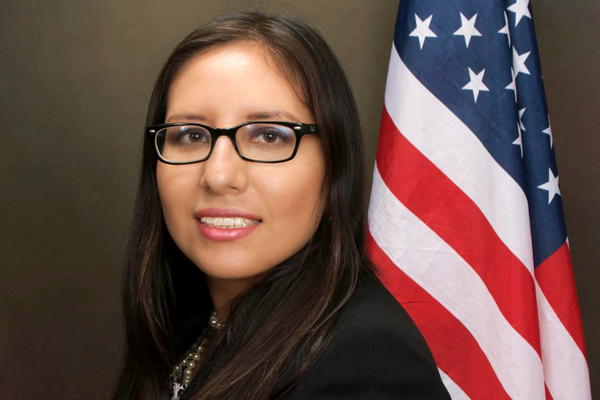 1. How has DACA helped you?

I can live my dreams because I benefit from DACA. Having DACA allowed me to open my legal practice in the neighborhood where I grew up. DACA has allowed me the privilege to represent members of my community in state and federal court. Having DACA ensures that I walk into immigration court fully focused on my client’s case without concern on whether I will be placed in immigration detention or whether my opponent in court will initiate removal proceedings against me. I have been able to walk into court to ensure that our constitutional protections are equally applied to members of my community.

Thanks to DACA I found my voice. For over thirty years I felt that I did not have a voice, now I fight every day for those that feel that they do not have a voice. I employ and offer internship opportunities to U.S. Citizens thanks to DACA. Thus, the promise from the U.S. that I will not be deported so long as I follow the rules has made me feel like a productive citizen.

Having DACA allows me to continue to dream and look forward to becoming a foster parent and one day adopting a child. More importantly, having deferred action has enabled me to breathe a little easier. Just to know that I can be anywhere in the country without the constant fear of deportation has been a tremendous impact in my mental and emotional health. Not only has DACA helped me directly by giving me the ability to drive lawfully, and to obtain a social security number to contribute to this country. But, the program has also helped change the rhetoric around a section of the undocumented community from one of fear and lack of acknowledgement to a discourse that is more kind and humane. I therefore feel more respected. DACA has restored some of my humanity and confidence. Thanks to DACA I feel a little more accepted as an American.

2. What is the Real Dream for you?

The Real Dream would be the ability for me to thrive knowing that my whole family is safe from the heartache caused by one of us being placed in immigration detention again.

3. Why is it a bad idea for Congress to increase border militarization in exchange for the safety of your support system, family, friends and community members?

My mother dreamed that my siblings and I would one day have the American Dream. My mother led me to believe that anything is possible in this great country. My mother’s dreams eventually became my dreams.  My mother also taught me that education was crucial to advancement as an individual, and to help my community. My father taught me the value in having a strong work ethic, diligence and pride in work; I apply these values daily in my law practice.

Although my parents would continue to sacrifice themselves in exchange for my continued success, I could never consider trading my safety for theirs. I could not continue to thrive the way my parents envisioned if I must constantly worry that my older brother will be once more racially profiled and placed in immigration detention. I could not continue to help my community if I have the increased and constant fear that my parents would be deported to a country that they have not set foot in over thirty years. How could I ever explain to my younger brother, who is a U.S. Citizen and autistic, that his world will drastically change because his hero, his best friend, his protector was taken by officers who will deport him?

The idea that our success stories as DACA recipients are being used as political chips to bargain for increased militarization of our border is disheartening. I do not want a work authorization document in exchange for the constant fear of my neighbors and a hostile environment in my community. To increase border militarization is to increase the chances that my family will be targeted and deported.

I must honor the sacrifices my parents made by resisting any increased militarization of the place my parents have called home for decades. The American values that my parents worked so hard to embed in my brain and in every fiber of my being drive me to fight for what is best for my family, and community, not just me. That is because my parents also taught me humility, I acknowledge that I am not more deserving than any other undocumented person in this country who is also working so hard to achieve the American Dream.

4. What are some of the difficulties you face as a Dreamer living in the Southern Border Region?

The primary difficulty I face as a Dreamer living in San Diego is that immigration officials are present throughout the entire city. It is not uncommon to find immigration officials patrolling the city. Living undocumented in a border town means that if you are a Mexican national with a prior order of removal you could be arrested and deported within a matter of hours even if you have resided in the U.S. for decades and have U.S. Citizen children. Unfortunately, I see that happening in my community more often in recent weeks.

Some years back, my younger brother was subjected to racial profiling when he was pulled over for suspicious driving. He was arrested for a misdemeanor charge of driving with a suspended license although he had never had driver’s license. He was turned over to immigration officials and placed in detention. My brother spent months at a detention center over 100 miles away from where we lived. That meant that there would be a border patrol checkpoint between my younger brother and the rest of my family. Risking deportation, I traveled to see my brother in detention because I was terrified that I would never see him again. The vivid image of my brother in uniform, with his spirits crushed will forever be engraved in my heart. My mother, knowing that to help my brother in his deportation case meant she would be subjecting herself to a possible deportation, traveled past the border patrol checkpoint to immigration court to testify. The government initiated a deportation case against my mother as soon as she was done testifying. My family pulled all our savings to retain an attorney to help my mother. Eventually, my brother received DACA.

Another difficulty that I face as a Dreamer in a town like San Diego is that immigration officials could stop and question me at any moment because of my skin color. Such was the case when my older brother was stopped on his way to college and questions my immigration officials. My brother was lucky enough to have his engineering final in hand and was released. From thereon my brother walked to school, even if it meant waking up hours earlier and running back miles from school to make it in time to work.

5. Why are Dreamers important to the fabric of this country?

Dreamers are important to the fabric of this country because they embody what it means to be American. This great country was founded by Dreamers that believed in American values like equality for all. 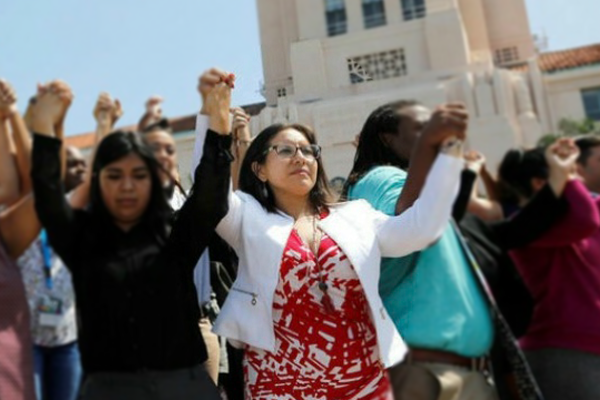