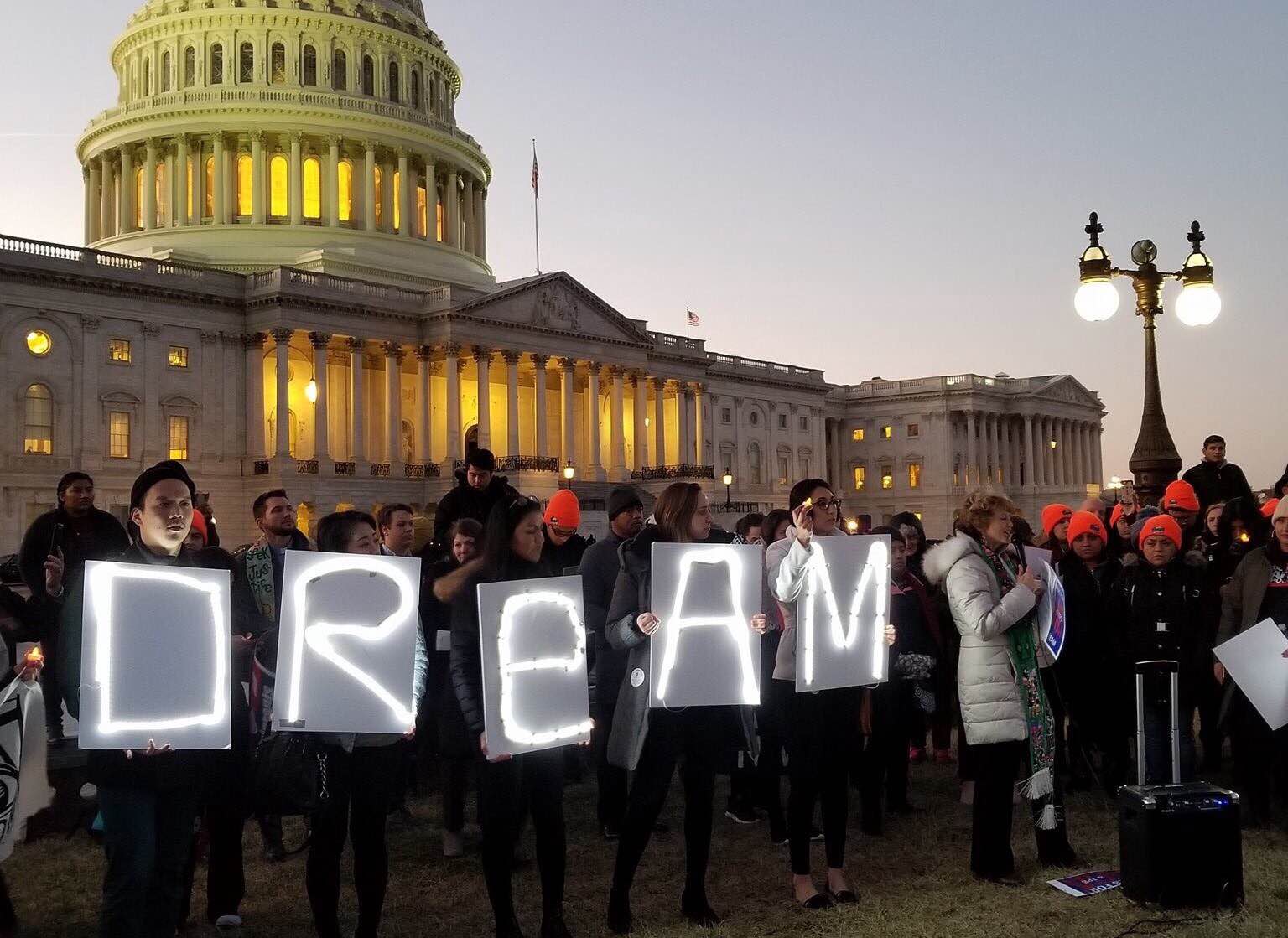 A recording of today’s call is available here.

Washington, DC – As Washington, D.C. and the country tracks this week’s Senate immigration debate, immigrants, advocates, and experts kicked off a series of press calls to decode the latest developments and to outline the path forward. A recording of today’s call is available here. Information for the press call tomorrow, February 13 at 5pm ET follows below.

Greisa Martinez Rosas, DACA-recipient and Advocacy Director for United We Dream, said, “This week, the Senate will begin a free-for-all process of legislating on my life and the lives of my friends and family. During the debates, we will see the horrific vision of the White House and extremist Republicans on full display. They will say that they will protect some immigrant youth, if the nation swallows their poisoned pills. They will expect praise for their generosity and their compassion, but tell us that if we don’t agree that they will deport us all. This is not compassion. It is blackmail. Instead of this blackmail proposal, United We Dream calls on members of Congress to pass the Dream Act this week – legislation which would create a pathway to citizenship for immigrant youth without hurting our parents and without opening the door to mass deportation.”

Megan Essaheb, Director of Immigration Advocacy for Asian Americans Advancing Justice – AAJC, said, “Senators should vote to uphold the values of family unity and to keep the doors open to the American dream. We oppose the drastic cuts to family reunification and diversity visas and the mass deportation policies in the White House proposal. The family reunification program is being cynically mischaracterized by the administration.  One immigrant cannot sponsor countless amounts of immigrants to the U.S. In fact, U.S. citizens and lawful residents only sponsor 2-3 family members on average – those are spouses, siblings, minor and adult children and parents – and for many, this process takes many years. What we need is to protect the Dreamers that have lived in our country since a young age and continue to contribute immensely to our society. The Dream Act outlines what needs to be done. We must preserve our role as the land of opportunity for all immigrants.”

Andrea Guerrero, Co-Chair of the Southern Border Communities Coalition and Executive Director of Alliance San Diego, said, “What the nation needs first and foremost is an immediate solution to protect Dreamers and fix the crisis created by President Trump when he ended DACA. We need to do this in a way that does not trade lives for lives by protecting young immigrants at the expense of their family members and the 15 million people who live in the southern border region. One in five Dreamers live in the borderlands; to further militarize the region with more harmful walls or hiring unaccountable border agents would be to threaten the lives and well being of millions of people. Although we do not believe any more border enforcement is needed, any bills that include border enforcement policies must be balanced and based on data, analysis, and consultation with border stakeholders, as well as oversight and accountability of Customs and Border Protection.”

Wendy Cervantes, Senior Policy Analyst, Immigration and Immigrant Families, the Center for Law and Social Policy (CLASP), said, “Already, we’ve seen increased immigration enforcement and anti-immigrant rhetoric deter immigrant parents from seeking medical help for their children or enrolling them in critical programs such as Medicaid and SNAP. Whether it’s a direct attack restricting immigrants' access to these programs or a proposal that punishes individuals for their economic means, the bottom line is that proposals like these undermine the health and development of millions of children in immigrant families – who are primarily U.S. citizens – as well as that of whole communities. Our future as a country depends on the ability of all our children to have a fair shot, and Congress must reject any attempt to undermine that fundamental American value as they work towards a solution for Dreamers.”

Avideh Moussavian, Senior Policy Attorney for National Immigration Law Center, said, “Put simply: the latest Republican immigration proposal is an attempt to further militarize our immigration system and criminalize communities of color. It’s a non-starter for anyone serious about a solution to protect Dreamers. The proposal includes efforts to criminalize immigrants coming to the U.S. and drastically increase the number of people subject to Trump’s mass incarceration and deportation machine. The solution for DACA and Dreamers should be focused narrowly on resolving the crisis Trump created. It should not be a way for the White House or Congress to further militarize ICE and increase profits for private prisons in exchange for protections for Dreamers that should have never been taken away in the first place.”

Frank Sharry, Executive Director of America’s Voice, said,  “The two-pillar approach – the full Dream Act plus reasonable border security measures, rooted in facts and data and not in rhetoric or Trump’s ego – is the proportional pairing that can pass on a bipartisan basis and finally bring long overdue stability to Dreamers’ lives. Narrow gets it done. Radical, racist and cynical does not.”

Calls will be held tomorrow, February 13, Wednesday, and Thursday at 5pm ET to close out the day with immigrants, experts, and advocates translating the floor debate, reviewing the policy proposals, and mapping out the path forward for Dreamers. Dial in information: 785-424-1675; Passcode: “Dream”