Día de los Muertos: A Record of Near 860 People Die Crossing the Border in FY22 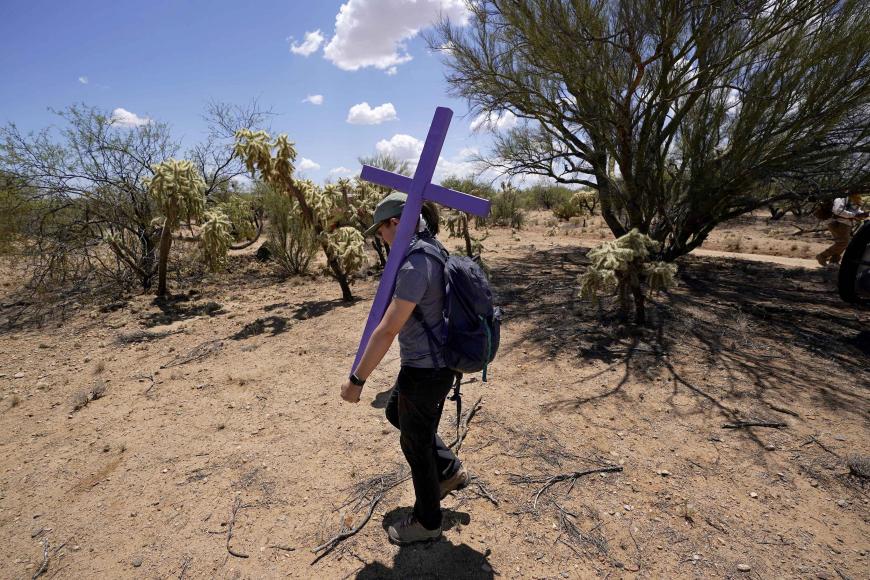 SOUTHERN BORDER, Nov. 2, 2022 — Today, on Día de los Muertos, the Southern Border Communities Coalition is calling on the Biden administration and Congress to end policies that harden the U.S.-Mexico border and force an increasing number of people seeking safety to their deaths.

According to data released by U.S. Customs and Border Protection (CBP) to the media, an all-time record high of at least 853 people died while crossing the U.S.-Mexico border during Fiscal Year 2022, which begins October 1 and ends September 30. These adults, families and children needlessly lost their lives in preventable, tragic deaths — drowned in the Rio Grande, suffocated while trapped in a semi-truck, suffered dehydration or exposure in the more remote regions of the borderlands, or fell off the now 30-foot tall border wall. Yet, migrant death figures released by CBP fail to capture the full picture of lives lost in the border region. Earlier this year, the General Accountability Office (GAO) found that the Border Patrol is systematically undercounting migrant deaths. Also, an unknown number of individuals perish in remote regions of the border and their remains are never found.

In Fiscal Year 2021, which was also a record-breaking year, 546 people died while attempting to cross the U.S.-Mexico border.

In 1994, U.S. Border Patrol began implementing a policy — known as “prevention through deterrence” — that had as a goal to dissuade migrants from crossing the U.S.-Mexico border by funneling them into areas that were so remote and treacherous that migrants would not attempt the journey. Decades later, border communities and its visitors have witnessed billions of taxpayer dollars spent on destructive and lethal border walls, a four-fold increase of unaccountable Border Patrol agents, a massive increase in surveillance technologies, and invasive interior checkpoints far from the actual border that prevent non-citizens and citizens alike from traveling freely on U.S. highways. All of these so-called “prevention through deterrence” tactics have only been successful in forcing people seeking safety and a better life to cross in more remote parts of the borderlands and to their deaths.

In recent years, the impacts of these harsh border policies have been further exacerbated through the weaponization of Title 42 — a World War II public health law — to quickly expel without any due process people apprehended by Border Patrol. Starting under President Trump and kept in place by President Biden, the misuse of Title 42 has resulted in a complete asylum ban at our southern border, forcing people seeking safety for their families to risk their lives by taking more desperate measures.

Our border policies are killing people. It is unacceptable that every year, people who are only seeking safety or a better life are dying in increasing numbers on our southern border. And it is unacceptable that the government is doing nothing to prevent these deaths, and, in fact, is continuing to implement policies that are contributing to these deaths. This is a human rights issue that has been ignored for far too long.

Protecting life and human dignity are fundamental to our nation’s core values and should be reflected in all our policies, despite midterm elections campaign rhetoric. It is appalling how an outright asylum ban at our southern border and many other “prevention through deterrence” policies are responsible for an increasing number of deaths of people who are only seeking safety and a better life. Congress and the Biden Administration must immediately stop these harmful policies and provide a humane and orderly process for all the families, children, and people who need protection.

ABOUT THE SOUTHERN BORDER COMMUNITIES COALITION
The Southern Border Communities Coalition (SBCC) brings together organizations from San Diego, California to Brownsville, Texas, to ensure that border enforcement policies and practices are accountable and fair, respect human dignity and human rights, and prevent the loss of life in the region.