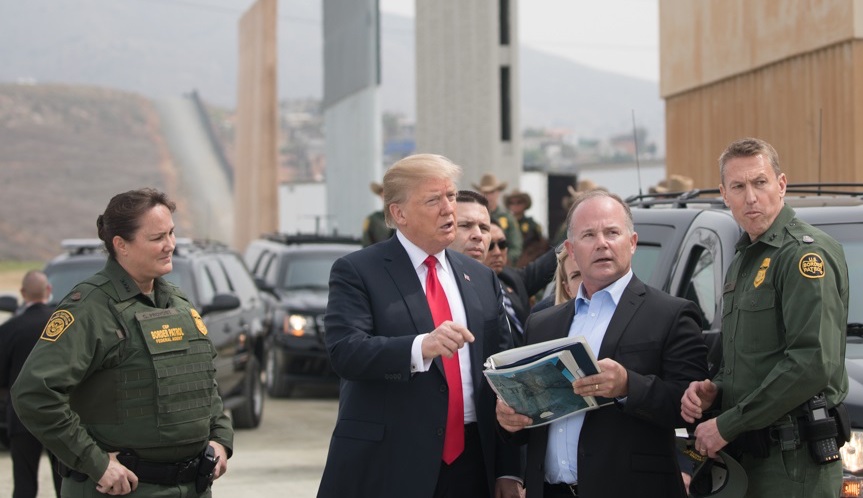 “For his final budget proposal before the election, the Trump administration is clear on its core motivations: a wholesale, hate-fueled attack on immigrants.

In the four years Trump has put forth his annual budget proposal, he has requested a cumulative total of $36.4 billion for Immigration and Customs Enforcement (ICE) and $72.1 billion for Customs and Border Protection (CBP). These totals are on top of the billions of dollars in additional funding he’s called for over the years through supplemental and transfer requests and the billions he stole last year with his ‘national emergency’ declaration.

These taxpayer dollars translate into the separation of loved ones and families, the detention of thousands in abusive and deadly immigration jails, and the degradation of thriving communities nationwide. This year’s budget proposal is shamefully no different. Trump is once again asking Congress for billions to fund his hate-fueled attacks on immigrants — it is a blueprint of terror.”

The harm that this budget represents is also seen in the massive budget slashes to the Environmental Protection Agency, Department of Housing and Urban Development and Department of Education. We want our taxpayer dollars invested in critical education, housing, green infrastructure, nutrition and health care programs that support families and create thriving communities that enhance our collective well-being — not on terrorizing immigrants.

Many of our representatives claim they care about immigrant communities while simultaneously voting to fund aggressive immigration enforcement, border barrier construction, and deadly immigration jails. Members of Congress must fight to protect the immigrant community from deportation by rejecting Trump’s budget proposal, and instead call for significant cuts in funding to ICE and CBP and meaningful restrictions on their authority to reallocate funds Congress appropriates.”