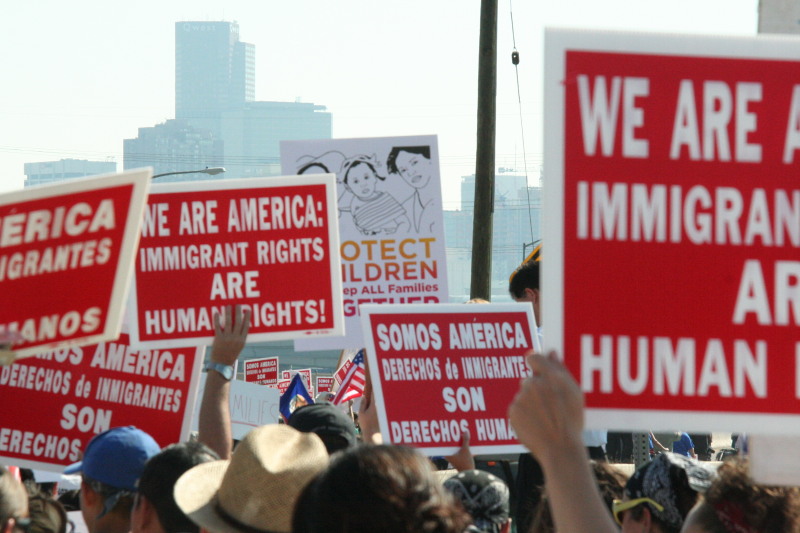 Votes are expected on the so-called Goodlatte bill -- one of the most restrictionist and anti-family immigration proposals --  as well as another bill possibly fashioned after Trump’s preposterous “four pillars” that literally holds Dreamer protections hostage for border militarization money.

Together, these border militarization bills make historic cuts to the number of immigrants who can legally immigrate to our country, separate kids from parents by funding Trump’s deportation force, and trade the safety of Dreamers for that of their parents.

“Southern border communities stand united in rejecting these border militarization bills that separate more kids from their parents, and restrict legal immigration in exchange for weak and conditioned protections for Dreamers. What we need first and foremost is a permanent solution to protect these young immigrants from deportation and to provide them a way to gain citizenship. But instead of looking for real solutions to a crisis created by President Trump, some in Congress want to create and exploit a political opportunity to further militarize the southern border region.

The Goodlatte bill and the one based on Trump’s cruel and inhumane anti-immigrant policies do nothing towards a permanent solution for Dreamers while wasting billions in taxpayer money to further separate children from their parents, build unnecessary and harmful walls, and hire thousands of unaccountable border agents, endangering the lives of the 15 million people that live in the southern border region.”