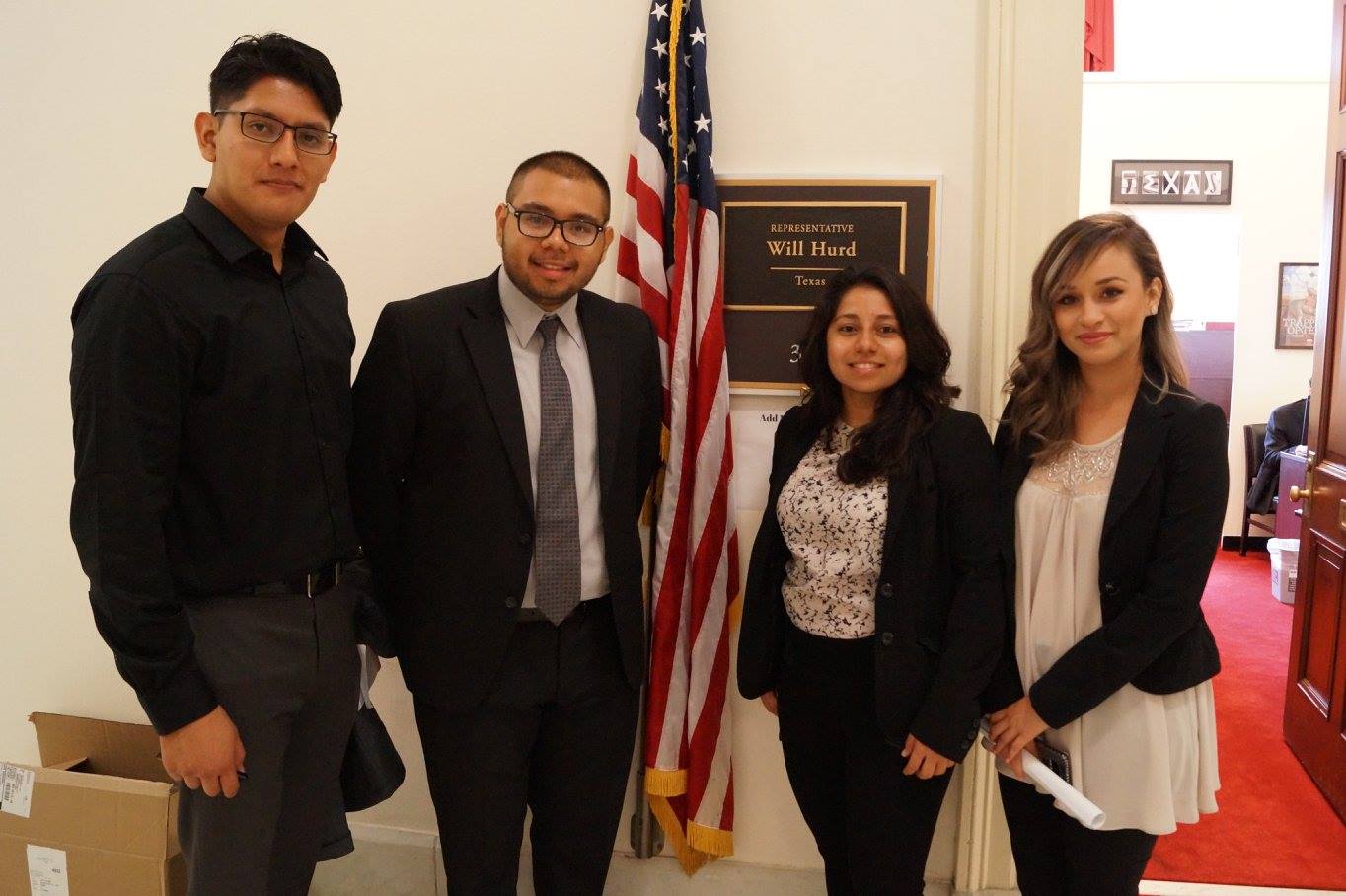 Southern Border Region/ Washington D.C. - Border Dreamers and advocates are organizing against Congress' attempts to use them as bargaining chips. Today, Border Dreamers will hold a telephonic news conference to announce The Real Dream campaign, which includes a delegation of Border Dreamers traveling to Washington D.C. to urge members of Congress to pass a clean and bipartisan Dream Act without further militarizing border communities by the end of the year.

"For many of us, especially those who live in the border region, the real dream is not just about protection so that we can reach our potential, but about protecting the original Dreamers -- our parents and loved ones -- by passing humane immigration policies. Backroom deals that protect us at the expense of our parents and loved ones go against the Real Dream and must be stopped. That's why we are asking Congress to pass a clean and bipartisan Dream Act without further militarizing border communities that would further devastate our families and destroy lives."

"Growing up in the southern border region, I was raised to evade Border Patrol at all cost. This agency has an abundance of power and my family and I are well aware that even a brief interaction with them could disrupt our entire lives. Border Patrol has made it uncomfortable for my family and me to live in the very community that we call home. For eight years, I was unable to see my father because of a checkpoint. Anyone that lives within 100 miles of the border knows that our communities are already militarized. We are in constant fear and the last thing we need are more agents in our backyards. I urge Congress members to pass a clean and bipartisan Dream Act that not only protects me as Dreamer but doesn't put my family in danger by increasing militarization."
Allyson Duarte, Border Dreamer and student from McAllen, Texas, shared the following statement:
"I am almost certain that no Dreamer would ever consider exchanging protection from deportation and access to opportunities in the United States for the well-being and stability of their parents and community members. It is morally wrong for the administration to force us to exchange these benefits for the lives of those who have sacrificed to provide care and meet our livelihood needs throughout our lives."
Nayeli Saenz, a Border Dreamer and member of Border Network for Human Rights from Las Cruces, New Mexico, shared the following statement:
"Next week, I'm going with a group of 50 dreamers from west Texas and southern New Mexico to give Congress a kick in the pants to pass a clean Dream Act, now! We cannot let racists and fear-mongers derail this effort. Because of the heartless and artificial deadline President Trump put in place, too many of my fellow Dreamers are at risk of deportation.  Too many families, like my own, risk being separated. Only quick action by Congress to pass the DREAM Act can prevent this. The public supports the DREAM Act. Members of both parties support the DREAM Act.  Now, Congress needs to pass the DREAM Act before the year is over!"
About Southern Border Communities Coalition
The Southern Border Communities Coalition (SBCC) brings together organizations from San Diego, California, to Brownsville, Texas, to ensure that border enforcement policies and practices are accountable and fair, respect human dignity and human rights, and prevent the loss of life in the region.

About United We Dream

United We Dream is the largest immigrant youth-led organization in the nation, a powerful network made up of over 400,000 members and 48 affiliate organizations across 26 states. UWD's vision is to build a multi-racial, multi-ethnic movement of young people who organize and advocate at the local and national levels for the dignity and justice of immigrants and communities of color in the United States. You can find more about UWD online at www.unitedwedream.org.

About America's Voice
Follow Frank Sharry and America's Voice Education Fund on Twitter: @FrankSharry and @AmericasVoice
America's Voice Education Fund - Harnessing the power of American voices and American values to win common sense immigration reform www.americasvoice.org
About the Border Network for Human Rights
The Border Network for Human Rights, founded in 1998, is one of the leading human rights advocacy and immigration reform organizations located at the U.S./Mexico Border. BNHR has over 7,000 members in West Texas and Southern New Mexico.
###