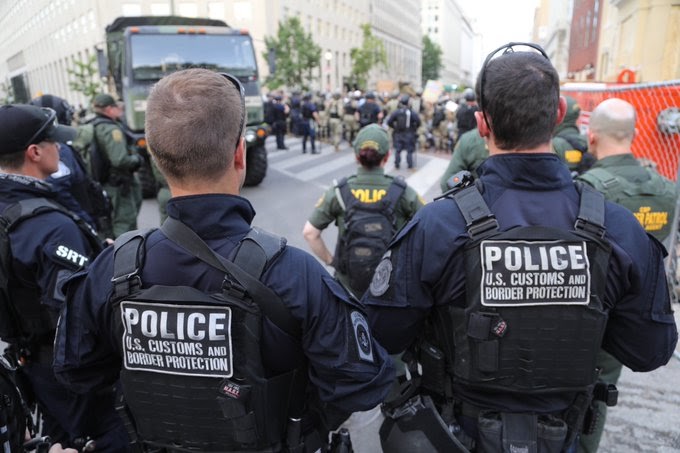 SOUTHERN BORDER — In the last two months, U.S. Customs and Border Protection (CBP) has spent almost $1.3 million in taxpayer money on non-lethal weapons, tear gas, flash bang rounds and gas masks to quell police brutality protests and to supply police departments across the country, according to an analysis by the Southern Border Communities Coalition.

Data from USASpending.gov reveals that CBP has gone on a shopping spree as it looks to become a national police force, spending taxpayer money to buy non-lethal weapons to use against civilians in cities nationwide who are engaging in First Amendment activities.

This analysis comes after a recent article revealed CBP has provided weapons, tear gas and rubber bullets to multiple police departments, per a letter prepared by CBP.

The letter was written in response to a query made by Senator Kamala Harris (CA-D), requesting information on the assets CBP provided to local police agencies. According to the memo, CBP provided some form of resources to police departments in San Diego as well as in New York, Chicago, Miami, Philadelphia, and Washington D.C.

“U.S. Customs and Border Protection (CBP) is continuing their efforts to militarize our communities, treating our cities like war zones and civilians protesting police brutality as enemies. They’re spreading the culture of impunity and lack of accountability they’ve imposed upon the southern border for decades to the rest of the country, and they must be stopped. We don’t need military-grade weapons being used against our communities, we need a New Border Vision that moves away from enforcement-only policies, and instead towards policies that expand public safety and uphold human rights.”