In an extraordinary move, foreshadowing its attempt to become a national police force, CBP has sent border agents and predator drones to help repress protesters

SOUTHERN BORDER —  The Administration has deployed Customs and Border Protection (CBP) agents across the country to clamp down on protesters seeking justice for George Floyd, who was brutally killed by law enforcement in Minneapolis last week. The protesters were calling for an end to racial injustice and law enforcement brutality.  CBP is an unaccountable, highly militarized agency that asserts “extraordinary powers” to stop, detain and interrogate anyone without probable cause far from the border. They have a dangerous and deadly track record of abuse, death and impunity.  CBP agents have been deployed across the country as have CBP predator drones that surveilled  protesters by air over the weekend. Border communities have been warning for years: unaccountable border agents are only a step away from becoming a national police force. It’s what CBP seeks and what is happening before our eyes.

As communities across the country take to the streets to protest unjust policing practices and police brutality, local law enforcement agencies are partnering with border enforcement agencies in blatant assaults against the most exploited in our communities. This is not the first time that border agents have used and abused their extraordinary powers outside of the border region — in February, the Border Patrol deployed its elite tactical unit BORTAC to Sanctuary Cities across the country as part of the Trump Administration’s persecution of immigrant communities.

Acting CBP Commissioner Mark Morgan tweeted about the deployment of border agents and aviation assets across the country: 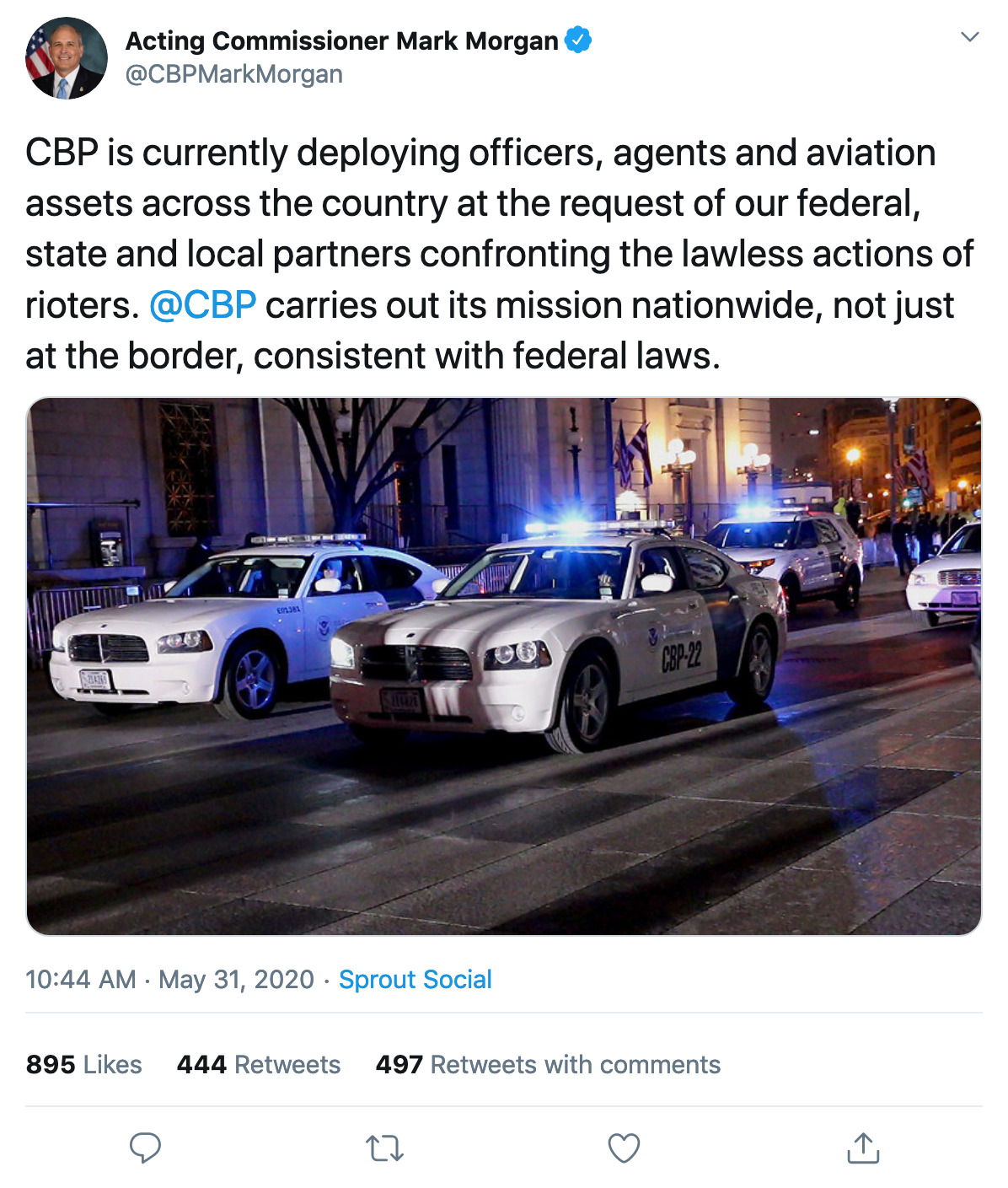 This tweet follows an additional tweet by ABC’s Matt Gutman, in which federal officials confirm an unarmed CBP Predator Drone was dispatched for a surveillance mission over Minneapolis -- a massive overreach by border agents to surveil communities. 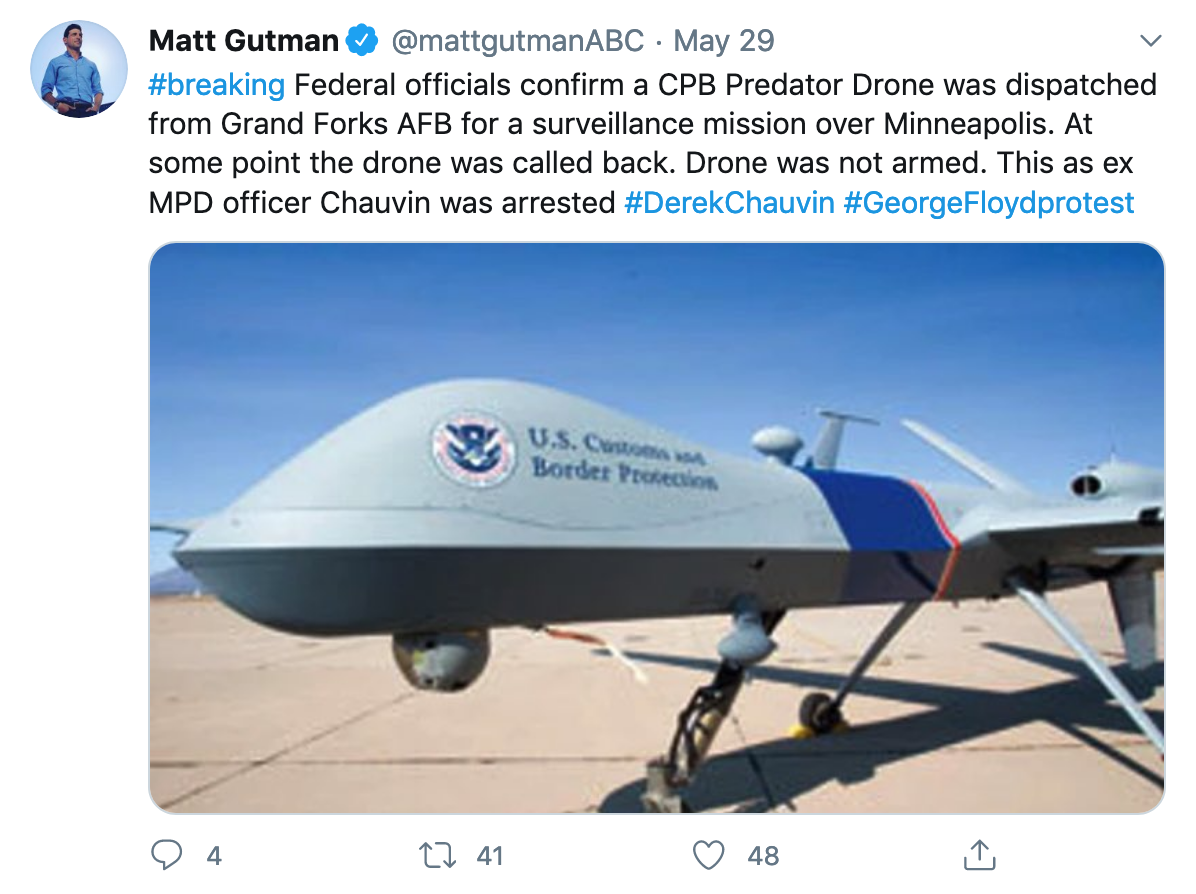 “Instead of providing solutions to the long-standing problem of racial injustice in this country, Trump’s administration is engaging in tactics that only provoke more injustice by deploying a harmful, law-enforcement-only response. The southern border region has often been a proving ground for police tactics that are later employed against our brothers and sisters of color in the interior of the country, and CBP Commissioner Mark Morgan’s tweet is another example of this. The abuse that border communities have faced under CBP’s culture of impunity — the same culture that is being brought to major cities all over the country — must be stopped. We stand in solidarity with our Black Lives Matters community. It’s time to move away from these militarized enforcement-only policies towards a New Border Vision that affirms lives.”