By Shutting Down the Government, Trump & Republicans Have Put the Entire Country At Risk 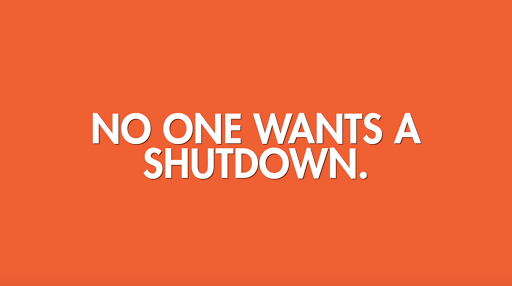 SOUTHERN BORDER/WASHINGTON, DC -- Today, the Trump Administration and the Republican-controlled Congress shut down the federal government after failing to bring bipartisan proposals forward on to protect Dreamers and communities across the country.

This failure in leadership comes from the top. In September 2017, President Trump needlessly terminated the DACA program, throwing our communities and the lives of hundreds of thousands of young people into uncertainty and fear. Bipartisan solutions have been obstructed by Republican leaders.

The American people want Dreamers to be protected. Polls consistently show that 8 out of 10 Americans want Congress to take action to keep Dreamers in this country. Republicans and Democrats need to come back to the table and act on a bipartisan solution now so that the government can serve the country and young immigrants can finally have certainty about their future.

There is no time to waste. Dreamers are vulnerable right now --122 lose status every day. When they do, they lose their ability to work and provide for themselves and their families; in some states, they also lose their ability to drive, go to school, and get insurance. All are subject to detention and deportation, especially in border communities where the deportation force, which includes Border Patrol operating far into the interior of the country, often outnumbers the police.

“President Trump endangered the lives of hundreds of thousands of immigrant youth when he ended DACA, and now Congress and the president have paralyzed our federal government because of their failure to prioritize compassion over petty political gains.

The President should stop playing politics with people’s lives, and get back to the business of moving us forward. The President and his party control the White House and both chambers of Congress. It is up to them to keep the lights on, to work with their Democratic counterparts to pass a bipartisan deal to protect Dreamers without further militarizing the southern border. The only way this crisis gets resolved is to enact a bipartisan compromise such as the ones proposed in the House and Senate.”